A Brief Record of the Advance of the Egyptian Expeditionary Force under the Command of General Sir Edmund H.H. Allenby, G.C.B., G.C.M.G. July 1917 to October 1918. Compiled from Official Sources [from the library of Jeremy Wilson] 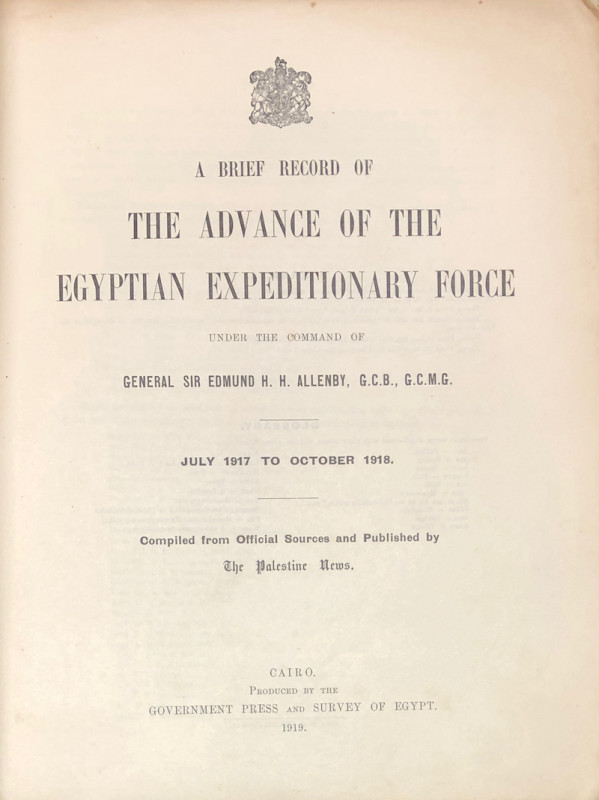 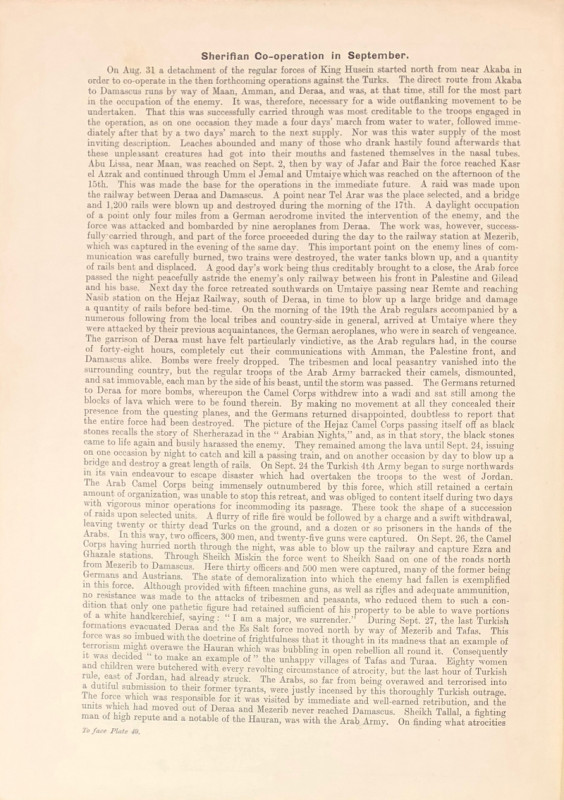 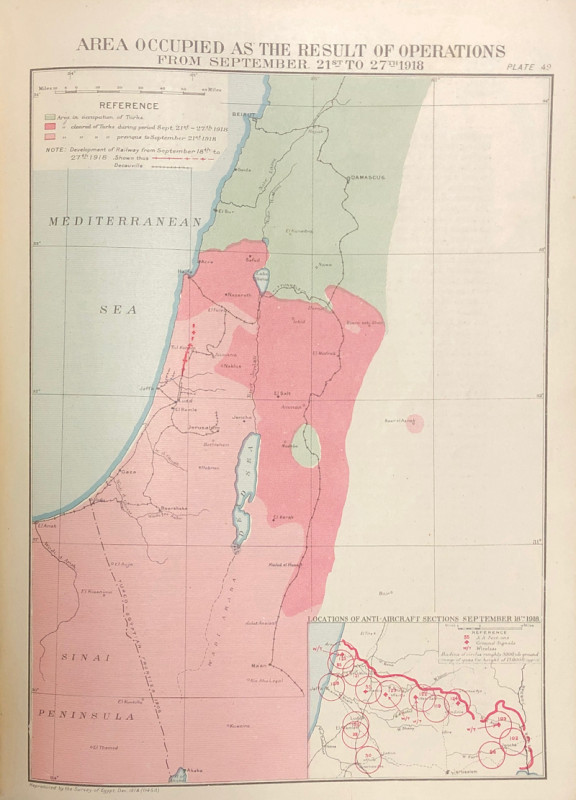 BLOWING UP ENEMY TRAINS – ‘UNDER THE DIRECTION OF [...] T.E. LAWRENCE, THIS FORM OF MILITARY ACTIVITY BEGAN TO RANK ALMOST AS A NATIONAL SPORT’

First edition, wrappers issue. A Brief Record of the Advance of the Egyptian Expeditionary Force was published by The Palestine News, which was edited by the traveller, scholar, and journalist Harry Pirie-Gordon (1883-1969). Lawrence had been introduced to Pirie-Gordon by D.G. Hogarth in 1909 and Pirie-Gordon had lent Lawrence a map of Northern Syria, which he used in his expedition through Syria and Lebanon in summer 1909 (for this map cf. D. Green and R. McCarthy, Lawrence of Oxford (Oxford, 2020), p. 19). At the outbreak of war Pirie-Gordon had been commissioned into the Royal Naval Volunteer Reserve and worked with Lawrence under Hogarth at the Arab Bureau, before undertaking naval intelligence work, and then returning to the Arab Bureau at Cairo in December 1917. One of Pirie-Gordon’s roles was that of ‘Military Editor’ of The Palestine News, which was the official newspaper of the Egyptian Expeditionary Force and reported the progress of the British forces, illustrated with maps based in part on those prepared for Baedeker guidebooks and in part on surveys undertaken by air and interpreted by a specialist unit of the Royal Engineers. These maps would be collected in Pirie-Gordon’s series of guidebooks to Palestine issued under the imprint of The Palestine News in 1918 and also formed the basis for the comprehensive series of maps included in the present work, which ‘contains the order of battle and the campaign maps for the Near Eastern front of which Lawrence’s Arab campaign was a part’ (O’Brien, p. 14).

A Brief Record of the Advance of the Egyptian Expeditionary Force includes two unsigned pieces attributed to Lawrence: ‘Sherifian Co-operation in September’ and ‘Story of the Arab Movement’, which are printed on the versos of plates 48-49 and 50-52 respectively, and ‘appear to have been extracted from official reports. Together with the reports in the Arab Bulletin and in The Times, are his first published accounts of the Arab campaign’ (loc. cit.). The first of these pieces describes actions undertaken by the Arab Camel Corps and other forces in September 1918, attacking and destroying enemy rail lines, while coming under aerial attack, while the second gives a brief historical sketch of the origins of the Arab Revolt, before outlining the actions undertaken by the Arab forces and their allies prior to the capture of Damascus. Of particular interest is a passage in which Lawrence explains the circumstances under which attacks on trains became an important element of the campaign:

'It had become clear that owing to their inexperience in modern siege warfare the Arabs could not expect to reduce Medina. The only operation likely to be fruitful would be systematic attack on the 800 miles of the single track of the Hejaz railway which connects Medina with Damascus. [...] The raiding carried out during the following six months, with British and French help, lowered the strength and spirit of the Turkish forces in Medina, provided scope for adventure which attracted many fresh Arab elements, and offered a demonstration of activity which induced many more to engage themselves on the Sherifian side in view of a move still farther north. But it did not cut off Medina. The permanent way proved harder to wreck irretrievably, and the enemy better prepared to make interruptions good, than had been expected. The alternative scheme, that of blowing up trains, was evolved, and under the direction of Lieut.-Colonel T.E. Lawrence, this form of military activity began to rank almost as a national sport. Numerous instances occurred of small parties of Arabs under Allied leadership, blowing up the engine of a train while in motion. Sometimes the disaster merely resulted in the delay and discomfiture of the enemy – sometimes the Arabs were able to inflict serious losses and capture valuable material as the result of one of these episodes. In any case such destruction invariably impaired the railway track, reduced the number of engines and the amount of rolling stock available, caused delay and laid a heavy burden upon the Turkish lines of communication’ (pl. 51v).

The first edition of the work was printed at Cairo in December 1918 (although the title-page is dated 1919), in an edition of 16,000 copies, of which nearly all were bound in cloth-backed buff wrappers (as here) and ‘a few copies [were] bound in sand coloured cloth’ (O’Brien, p. 15) with a slightly different imposition of the text (most of these seemed to have been presented to those involved in the volume’s production). A second edition was published later in 1919 at London by His Majesty’s Stationery Office. 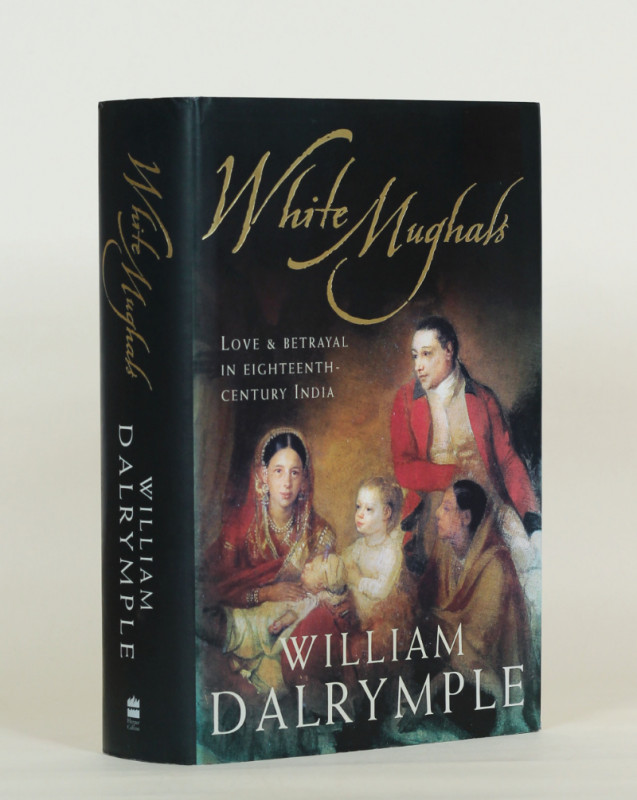 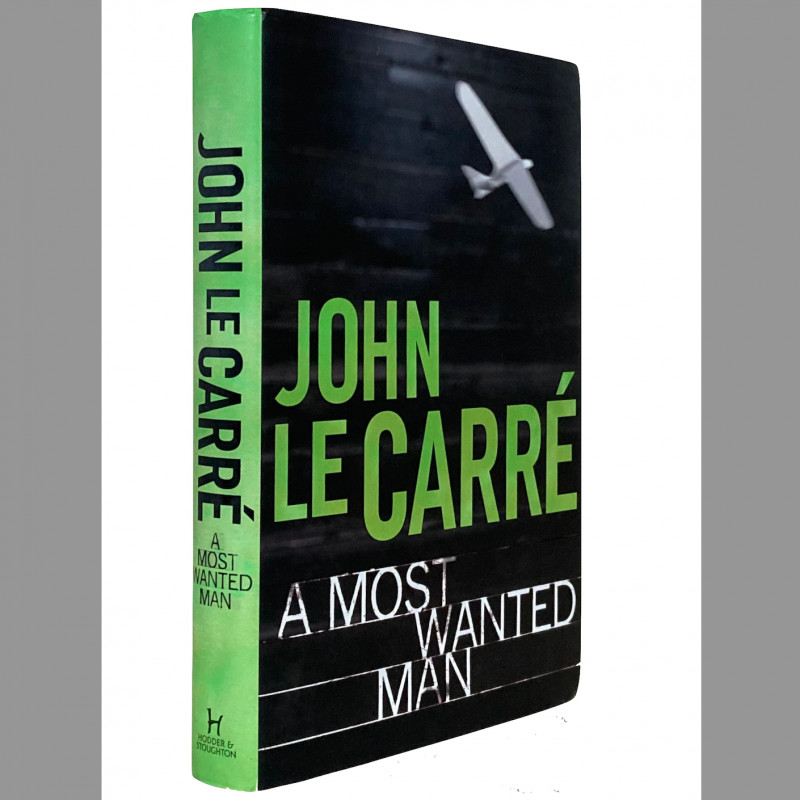