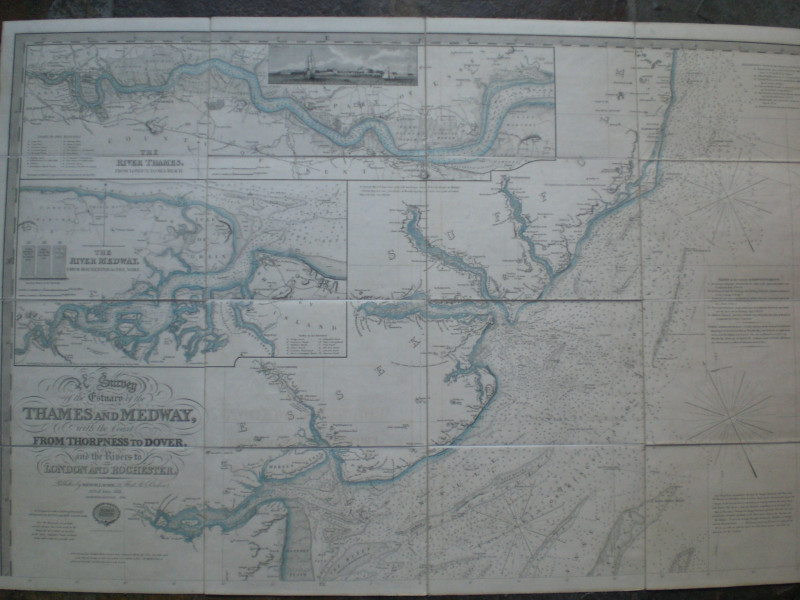 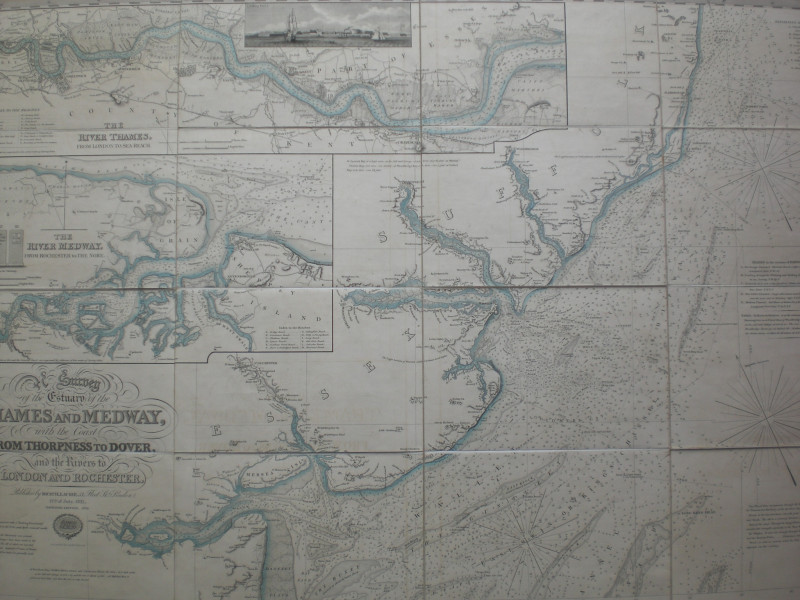 Survey of the Estuary of the Thames and Medway with the coast from Thorpness to Dover and the Rivers to London and Rochester published by Richard Laurie, London July 1831. Constructed from original surveys by John Purdey and engraved by Alexander Findlay. Improved edition 1832. Two maps on folding linen, each in16 sections, size 100 by 66 cm. Scale one inch to the mile. One large map comprises a survey to the north of the river, the other the southern channels of the Thames with the Downs. The northern sheet includes the decorative title, detailed inset maps of the Thames from London to Sea Reach and of the River Medway from Rochester to the Nore and a vignette of Tilbury Fort; the southern sheet-with the title a Survey of the Southern Channels of the Thames, with the Downs etc. includes an inset map of the Isle of Thanet, a small inset plan of Ramsgate Harbour and a vignette of Reculver plus a small engraving to accompany notes of how to enter the Gull Stream by the North Foreland. A detailed map which includes all coastal features, harbours and creeks and also serves as a marine chart with information on depths and currents. Hand-coloured. In original slipcase (slight fraying to base but otherwise Good to VG). Map VG to Mint condition
Author Findlay
Date 1831
Binding Map on linen in slipcase
Publisher Laurie
Illustrator Findlay 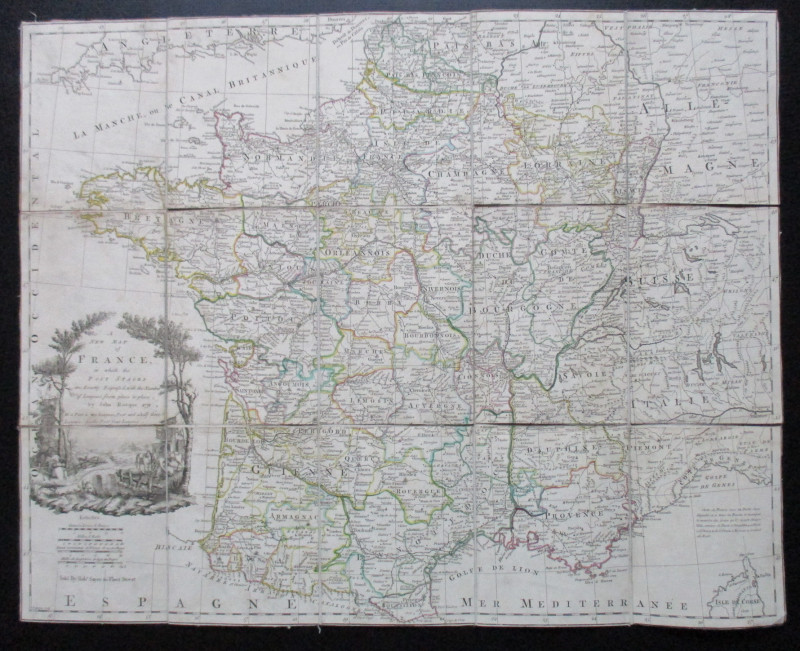 A New Map of France in which the Post Stages are E... 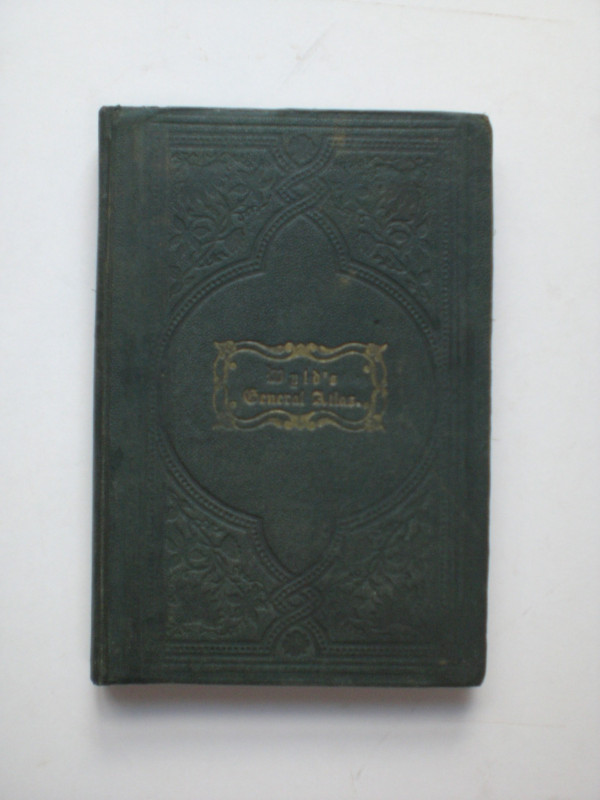 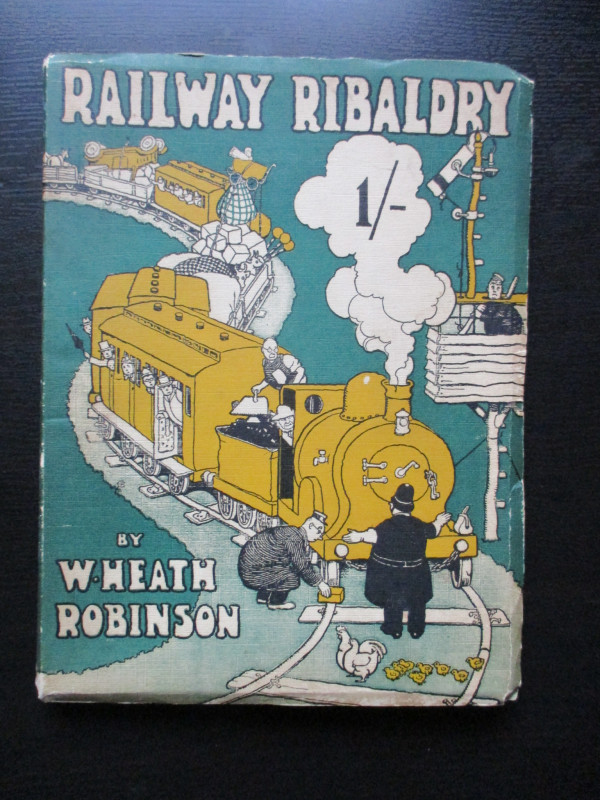 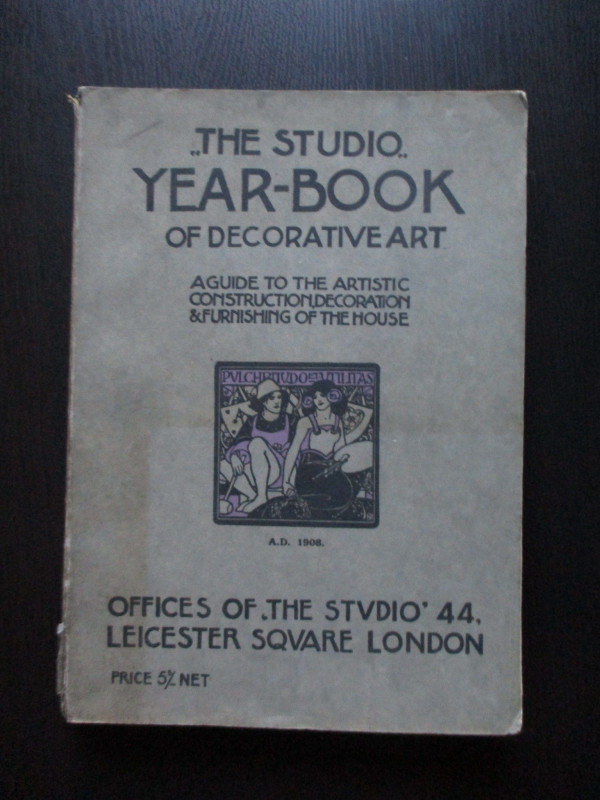 The Studio Year-Book of Decorative Art, A Guide to... 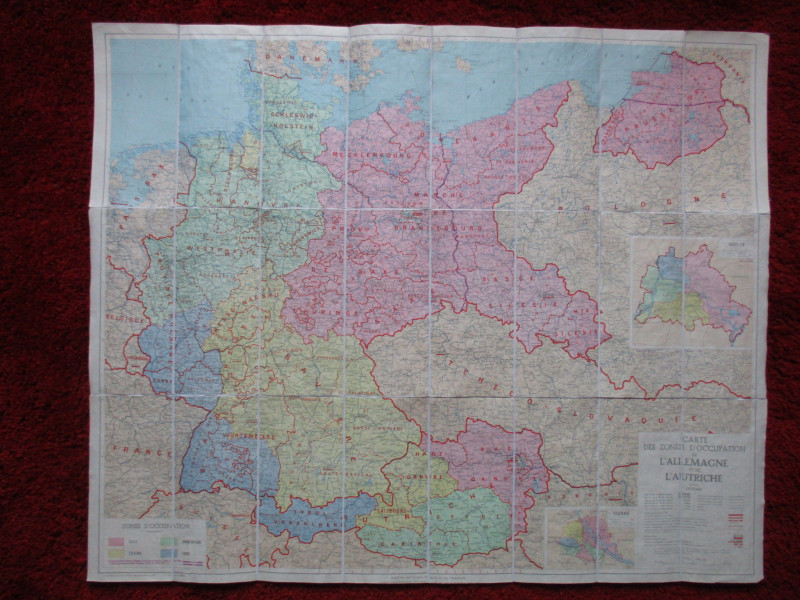 Plan of the River Thames from Battersea Bridge to... 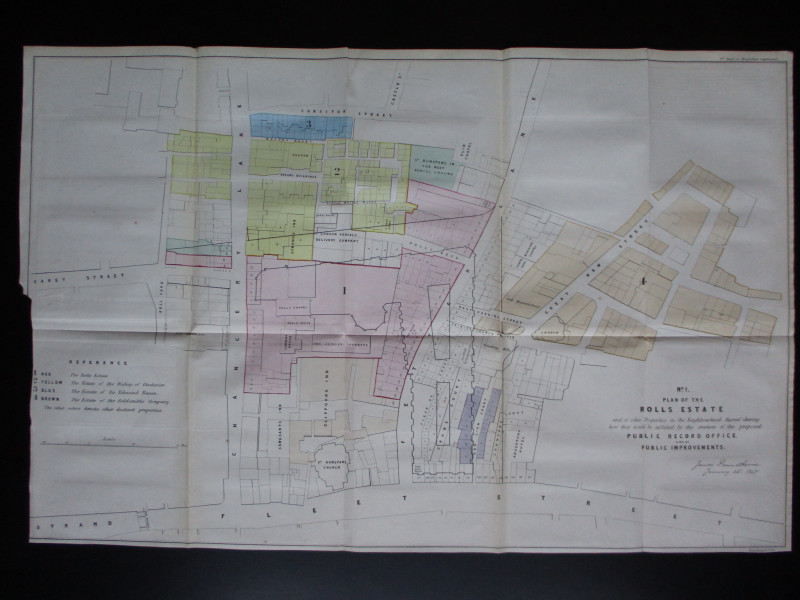 Four Plans for the development of the Central Lond... 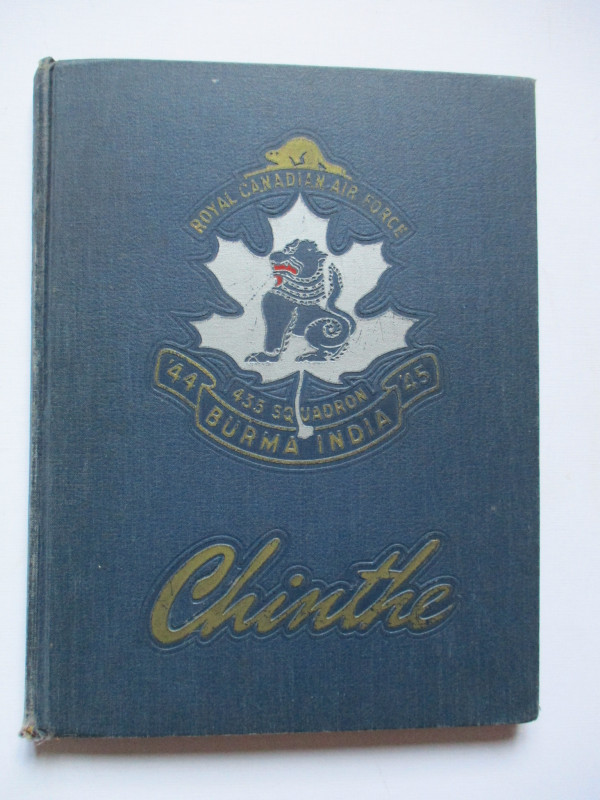