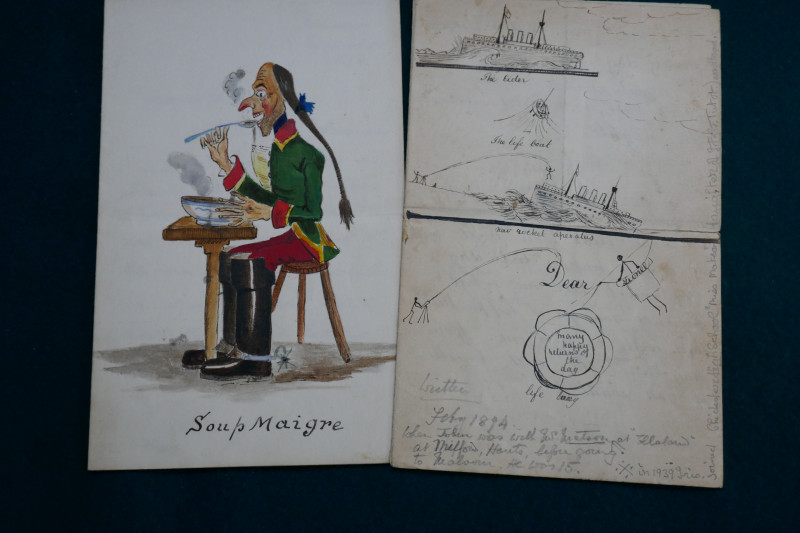 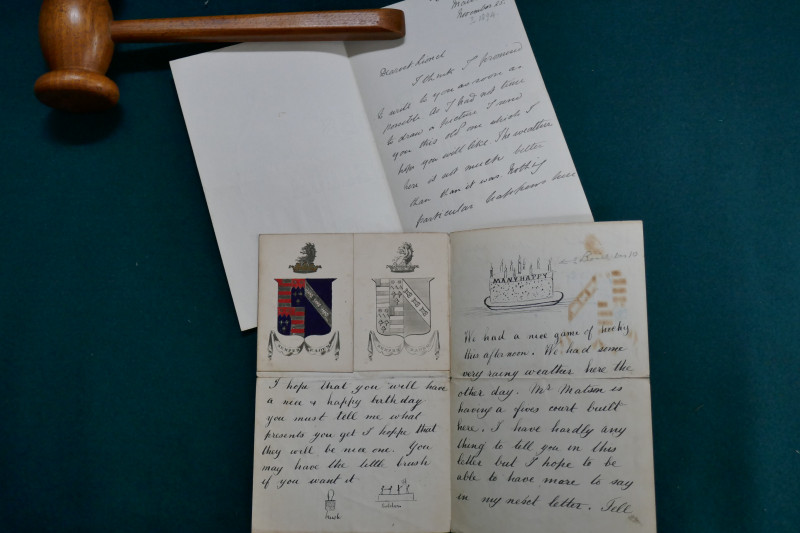 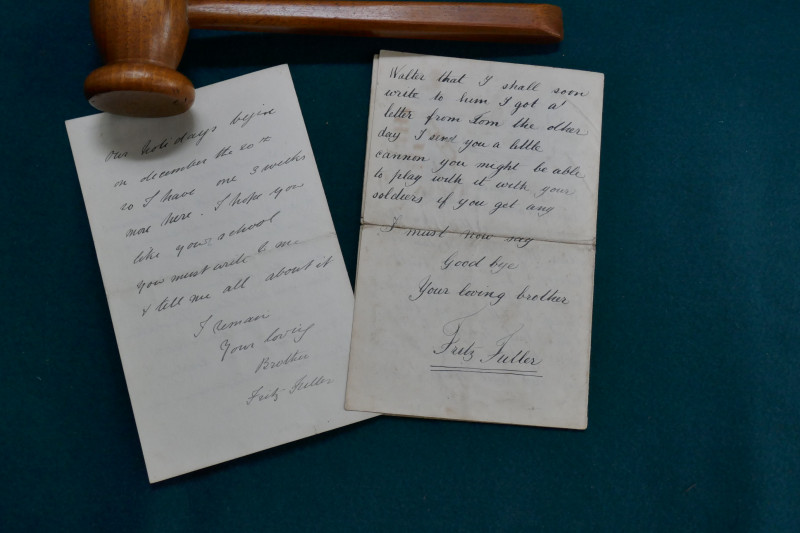 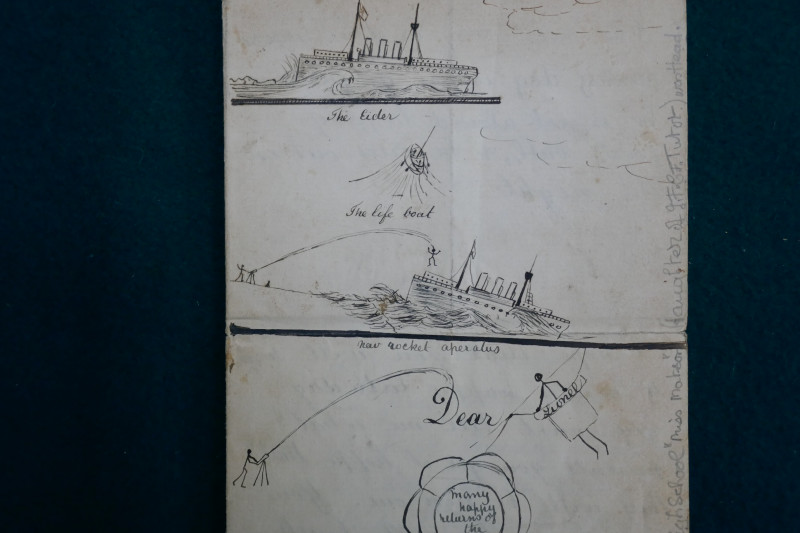 Two hand written, and drawn, cards by JFC Fuller, or Fritz Fuller as he signs off. They both would appear to have been written in 1894, when he was 15 years old. The first is a birthday card to his younger brother, Lionel, with his original pen and ink drawings of a ship called The Eider, a rocket propelling a man onto the ship! and a life buoy with a birthday greeting within it. Inside there is a further drawing of a birthday cake and coats of arms and toy soldiers. The letter talks of life at his school, Malvern, and what his brother should play with when he gets his presents. He says that he must write to his other brother Walter, who is later known as AWF Fuller. It is signed "I must now say Good bye, Your loving brother, Fritz Fuller" His name is double-underline for emphasis. (one wonders what a hand writing analyst would make of that!) The second letter, headed with the address at Malvern College, again to his younger brother, Lionel, is a short note telling him a little about the school and wishing him well at his own new school and signed Fritz Fuller. On the front, evidently by Fritz, is a colourful picture which is a caricature of a foreign soldier eating a bowl of soup, quite skilfully done in coloured inks for a 15 year old schoolboy, as he was at the time, with the caption underneath: "Soup Maigre" Both are original and unique pieces and perhaps a taste, a small indication of the character of the later man. 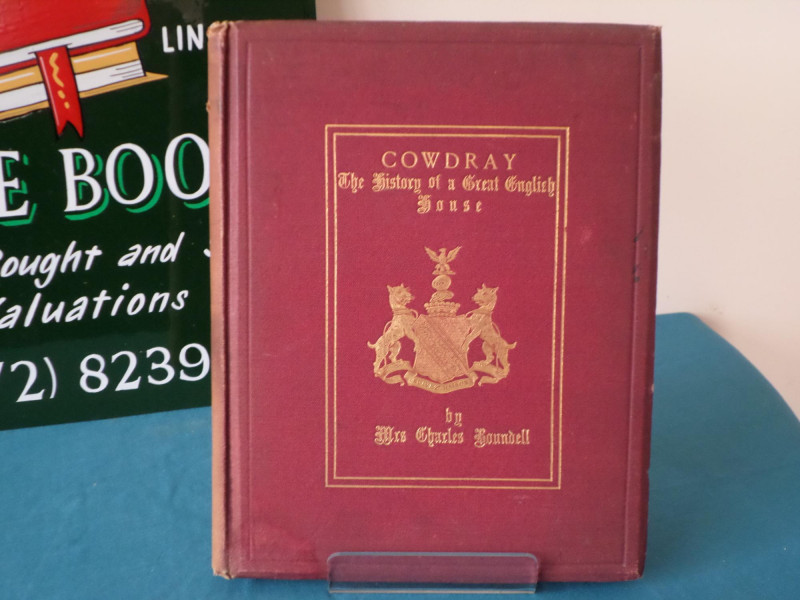 Cowdray: The history of a Great English house *wit...

Railway Machinery: A Treatise on the Mechanical En... Grant and Lee A Study in Personality and Generalsh... 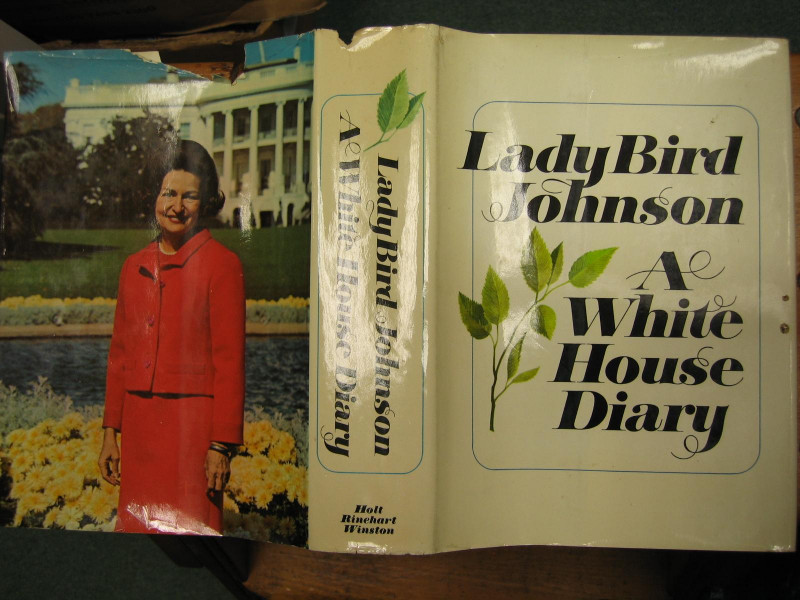 A White House Diary *Signed with dedication to Lor...

Where Have All the Bullets Gone? 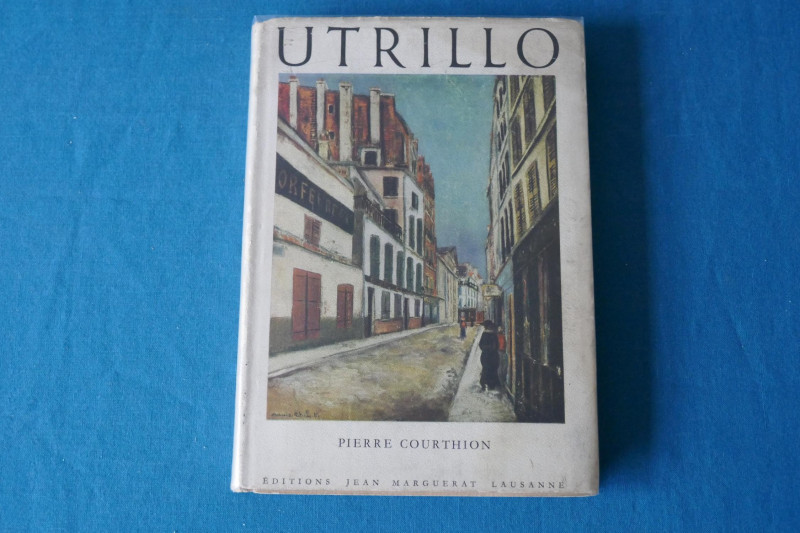 Utrillo *SIGNED BY THE ARTIST TO OSCAR WINNING CIN... 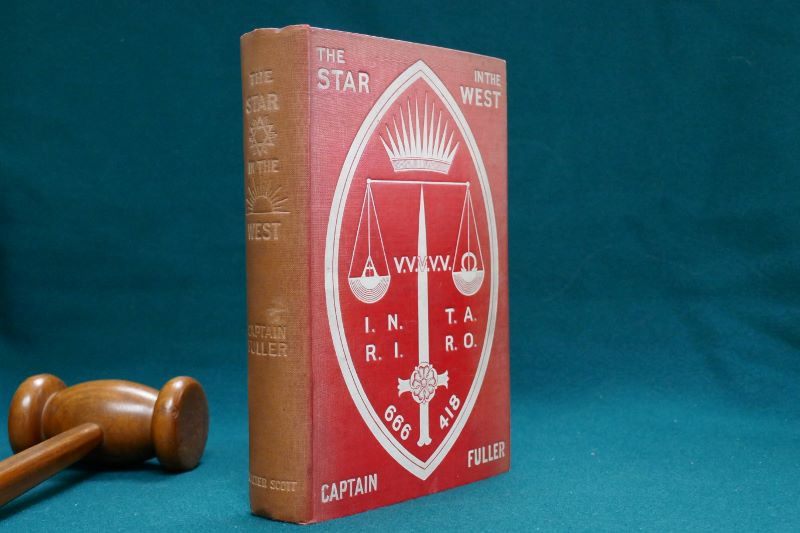 The Star in the West

Letters and Notes on the Manners, Customs and Cond... Atalanta or the Future of Sport