A COMPLEAT HISTORY OF DRUGGS,

Long Title: Written in French by Monsieur Pomet, Chief Druggist to the late French King Lewis XIV. To which is added What is further observable on the same Subject, from Mess. Lemery, and Tournefort, Divided into Three Classes, Vegetable, Animal and Mineral; With their Use in Physick, Chymistry, Pharmacy, And several other Arts. Illustrated With above Four Hundred Copper Cutts curiously done from the Life; and an Explanation of their different Names, Places of Growth, and Countries from whence they are brought; the Way to know the True from the False, their Virtues, and C. A Work of very great Use and Curiosity. Done into English from the Originals. The Third Edition. Two volumes in one. 4to. 7.5 x 9.25 inches. 2 vols. bound in one. First volume, title page in red and black, dedication to Dr Sloane, preface, account of the names of authors quoted in this work and catalogue of seeds from the American islands. Volume the Second, with additional caption title and separate register but pagination continuous.

The first volume is concerned with the medicinal and economic uses of plants (‘vegetables’), subdivided into seeds, roots, woods, barks, leaves, flowers, fruits, gums and juices. Full page plates illustrate the preparation of plantation crops such as sugar cane, indigo, tobacco, etc. The first part of the second volume covers animals and their products. Notable plates illustrate five types of unicorn, an elephant and rhinoceros, camel, whales, beekeeping, silk production and fishing, the last three being full page. The final part is concerned with inorganic materials, metals, minerals, bitumens, stones and earths, and is not illustrated. The first edition of this work by Pierre Pomet (1658-1699) was published in Paris in 1694. The
first English edition appeared in 1712 and it was followed by three others, in 1725, 1737 and 1748. The translator and compiler, does not reveal his name on the title page or in his dedication to the famous physician, Sir Hans Sloane (1760-1753) but is thought to be Joseph Browne (while others have ascribed the work to John Hill (1714-75)). Browne, a Yorkshireman, who was educated at Lincoln College, Oxford and at Jesus College, Cambridge, practised as a physician but has been described as ‘a notorious quack’ and ‘a mere tool of the booksellers and always needy.’ Nevertheless, he made several important translations from Latin and French. Although not credited, some of the plates of animals are derived from the work of the well known natural history engraver, Francis Barlow (d.1704). Pomet’s study, as revised by the translator, includes a vast range of substances regarded as drugs or medicines by contemporaries. Many of these are plants of economic value, including the spices of south east Asia, the new plantation crops of the new world and the beverages, tea, coffee and chocolate. From coral to unicorns, from amber to bees, the work is an appealing blend of the mythical and the real, reflecting the best scientific knowledge of the time, coupled with ancient wisdom and beliefs.
Author MEDICINE - POMET, PIERRE.
Date 1737
Binding Bound in original calf boards with gilt borders; spine divided into compartments by raised bands with a contrasting maroon morocco title label, gilt, Pomet of Druggs.
Publisher Printed for R. Bonwicke, William Freeman, Timothy Goodwin, John Walthoe, Matthew Wottton, S. Manship, John Nicholson, Benjamin Tooke, Rich. Parker, and Ralph Smith, London.
Condition Extremities worn, especially at edges. Occasional foxing and browning and small stains elsewhere, but otherwise a fine copy of this scarce title.
Pages [xxiv] + 419 pp. + [9] pp. index. 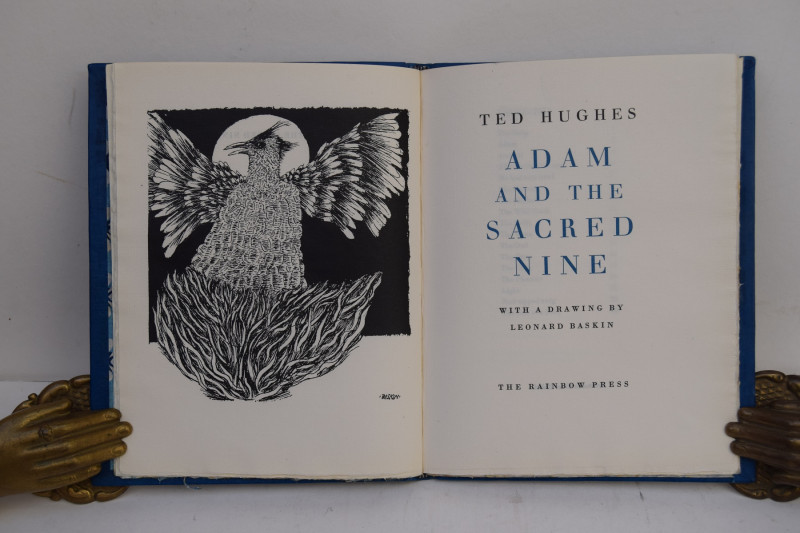 ADAM AND THE SACRED NINE 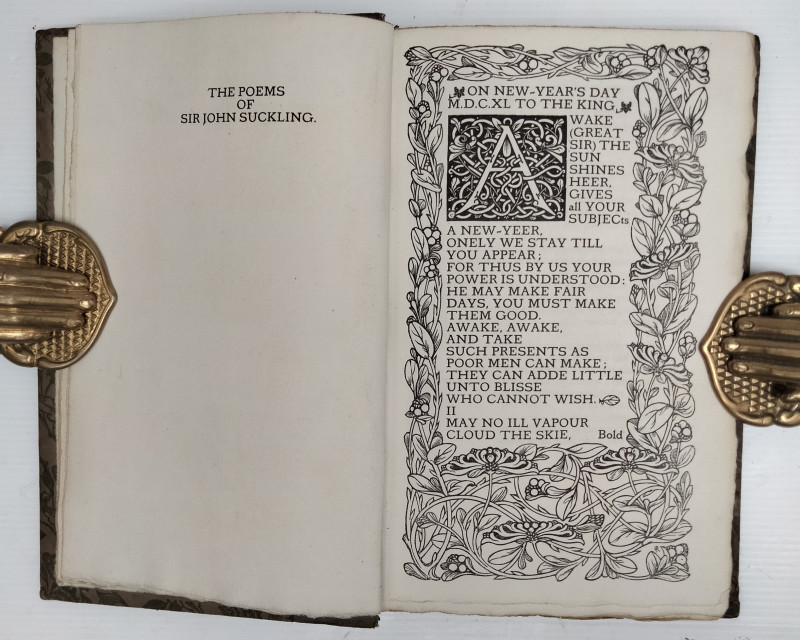 THE POEMS OF SIR JOHN SUCKLING

Sold, by Messrs. Hacon Ricketts, at the sign of the Dial, LII Warwick Street, Regent Street. 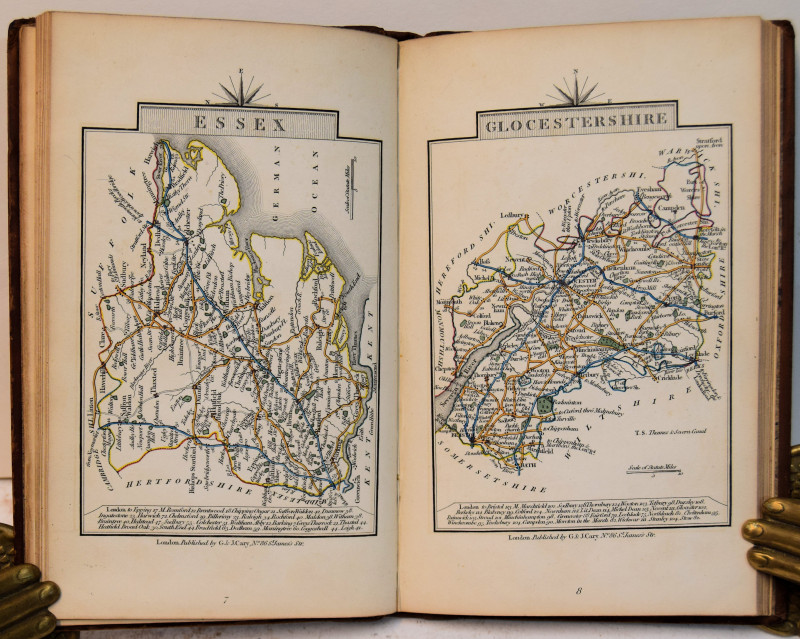 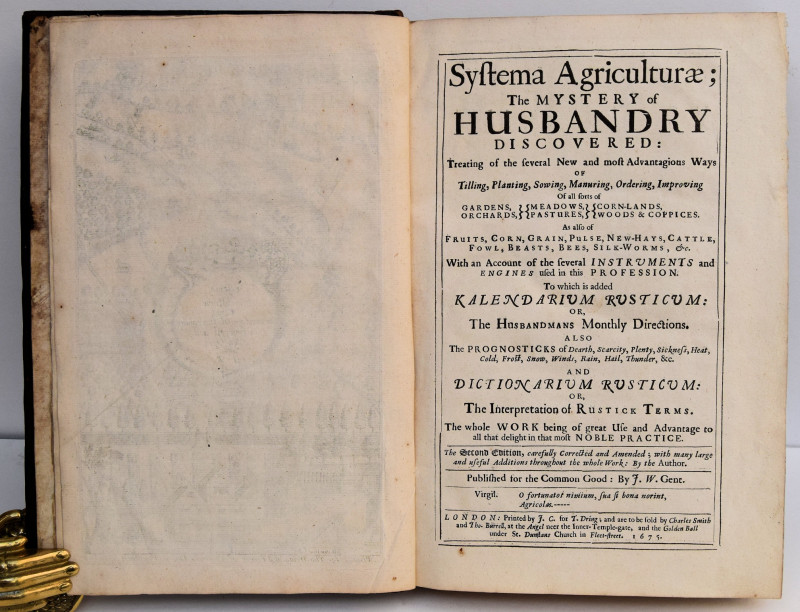 Printed by J. C. for T. Dring; and are to sold by Charles Smith and Tho. Burrell, at the Angel neer the Inner-Temple-gate, and the Golden Ball under St. Dunstans Church in Fleet-street. 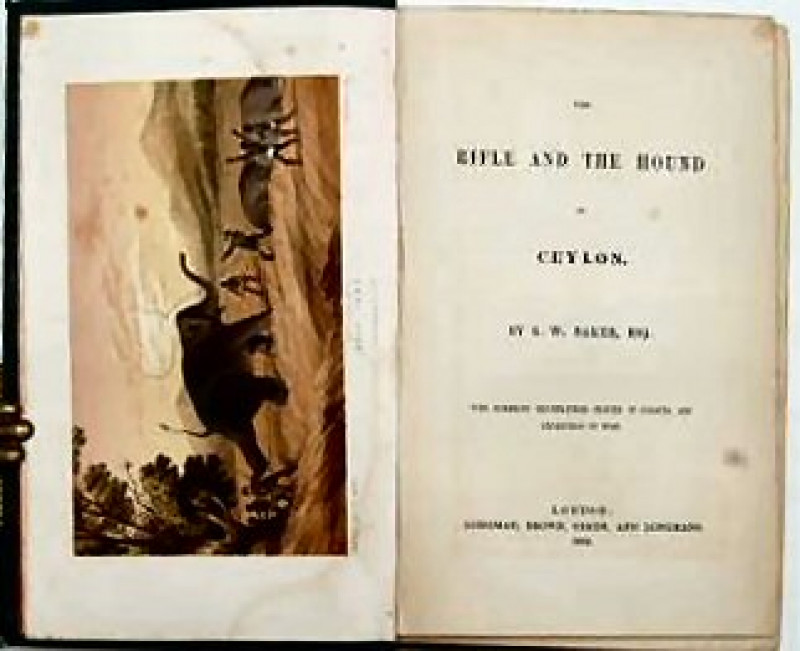 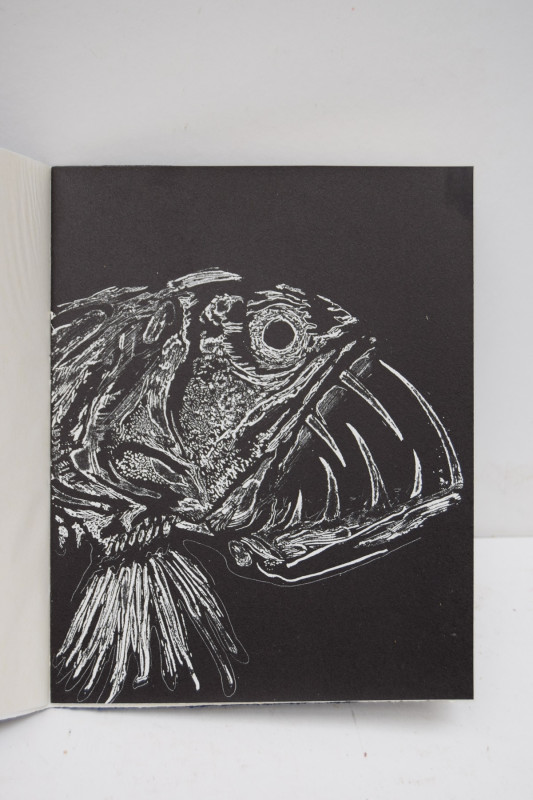 CROW - From the Life and Songs of the Crow.

A DICTIONARY OF THE ENGLISH LANGUAGE IN WHICH THE...

Printed for Harrison and Co. No 18, Paternoster Row.

Principles and practice of naval and military cour... 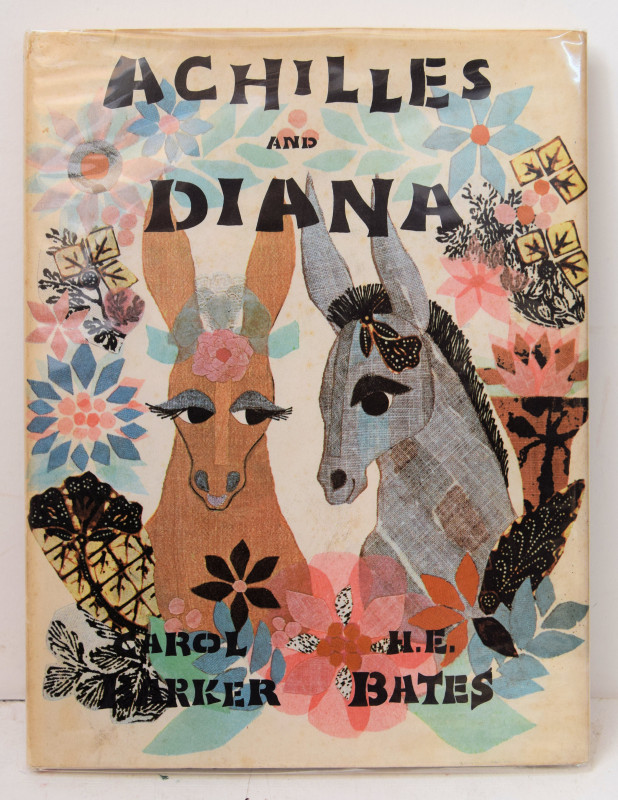