The History of Isabella Beeton and Her Book of Household Management

Since its first publication 1861, Mrs. Beeton's Book of Household Management has been a staple of homes across the country. This article looks back at Isabella Beeton's life and the impact her pivotal book has had on PBFA member, Fiona Edwards. 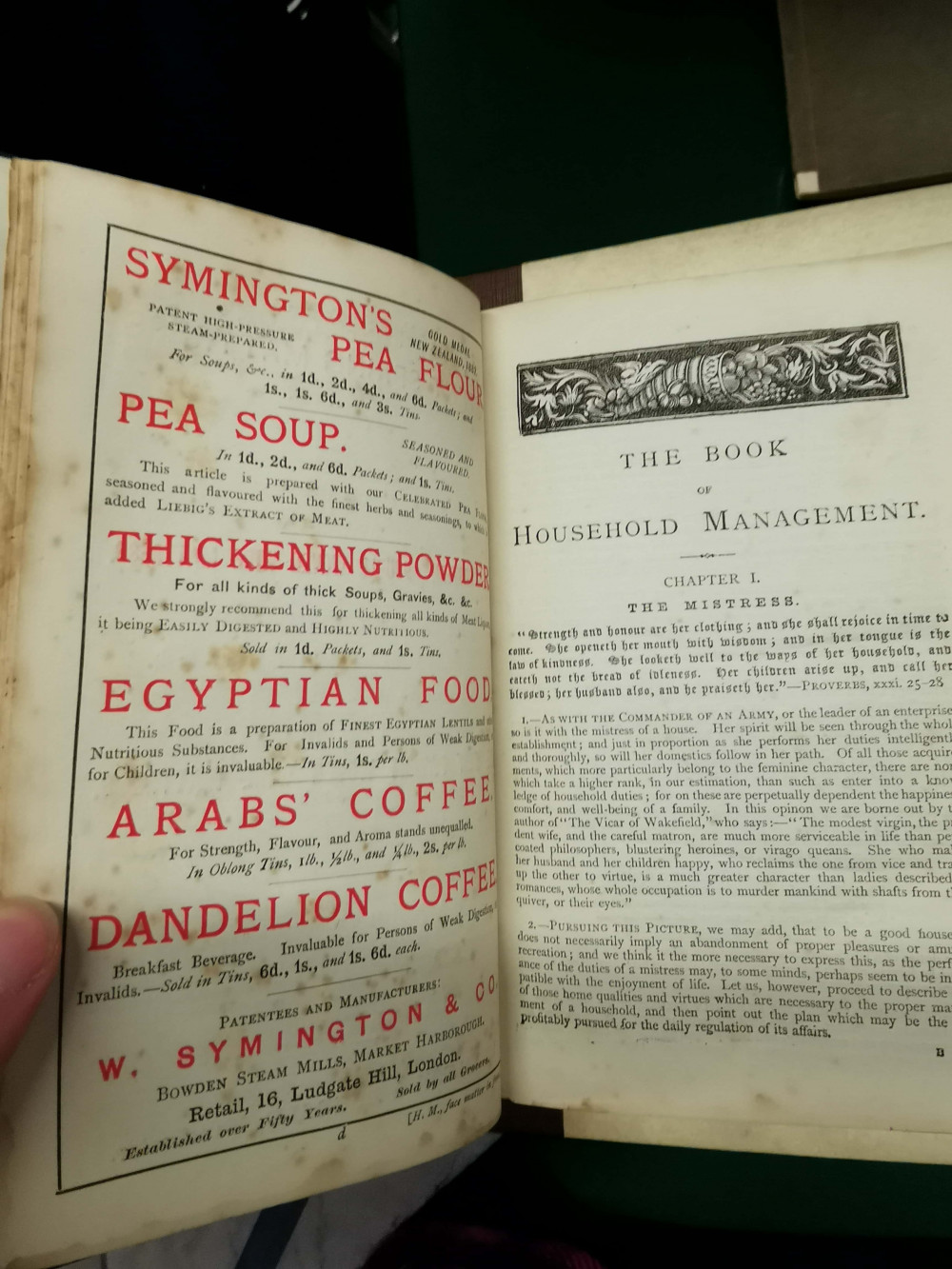 I became interested in cookery and cookery books when I found myself owning and running a guesthouse in Bridlington for twenty years. My husband Sid Edwards, late of Kilburn Books, introduced me to Isabella Beeton and her Book of Household Management. I think he thought I needed help!.

I became interested in Isabella and wondered what she was like as a person She seemed to be a very generous thoughtful young lady. I wondered how one so young could have produced such a well-researched book.

Isabella Mary Beeton, nee Mayson was born in London on March 14th 1836 the oldest of three daughters. Sadly her father died when she was four years old. Three years later her mother married Henry Dorling, a widower with four children. They married in Epsom where Henry was Clerk to Epsom Racecourse. In the early years of their married life, they lived in Ormond House in Epsom.

They went on to have thirteen children of their own. Apparently, the noise of the children and the growing number of them caused Henry Dorling to move his family into Epsom Racecourse itself.  Isabella and her 21 siblings lived here for the next twenty years only leaving on race days. There is now a plaque in Isabella’s memory in the weighing room.

Isabella spent some time at school in Heidelberg where she became a very proficient pianist as well as becoming fluent in French and German. It was here that she also learnt the art of pastry making and continued with lessons in pastry and cake making on her return to England becoming an expert in that field.

The sister of Sam Beeton was at the same school in Heidelberg at the same time.  The Beetons and the Maysons had known each other when the Maysons had lived in London and their friendship had continued after the family moved to Epsom. Sam Beeton would later become Isabella’s future husband. On her return from Germany, Sam and Isabella started writing to each other over many months which led to an engagement and marriage in July 1856.

Sam Beeton had a successful publishing business in London and his was the first British publication of Uncle Tom’s Cabin. Amongst Sam’s publications was “The Englishwoman’s Domestic Magazine”. This was to help young housewives to learn the skill of running a household.  Sam persuaded Isabella to contribute to help to overcome the sad loss of their first child. She began by using her knowledge of French to translate stories and articles. Trips were made to France to gather articles and a visit to a fashion house provided dress patterns that were included in the magazine. They also travelled to Ireland to gather material.


This was followed with an additional separately published supplement to The Englishwoman’s Domestic Magazine. Isabella was now co-editor and asked for contributions for recipes for a cookery section. She received around 2,000 recipes from their readership. She also used recipes from cooks of the day, Acton, Rundell and Soyer to name a few, but she never acknowledged the work from any of them.

The only recipe that was attributed to Isabella was “Useful Soup for Benevolent Purposes”. This was written when the country suffered a very hard winter in 1858. Isabella distributed this soup to the poor where the locals apparently arrived with their cans which were filled for a penny-farthing.

Isabella used experts for the other articles. To name two,  health and the law but there is again no acknowledgement to their contributors

In October 1861 the now 24 supplements were published as one volume and became “Mrs Beeton’s Book of Household Management”. It sold 60,000 copies in the 1st year of publication.

I have enjoyed reading Mrs Beeton over the years not only for her recipes but for the other articles in particular the instructions for the various servants duties.

Mrs Beeton’s Book of Household Management remains in publication and I have sold copies of the book to professional cooks who use it for referral to early methods and recipes. Perhaps now is the time for me to try the “Useful Soup”?

Thank you Claremont Books for allowing the use of photographs from their later copy of Mrs Beeton’s Book of Household Management published by Ward Locke.

Please note,  the views and opinions expressed in this article are that of the individual contributor(s) and not necessarily those of the PBFA.
Date Published 14th December 2021
Uploaded By PBFA
Share This Article 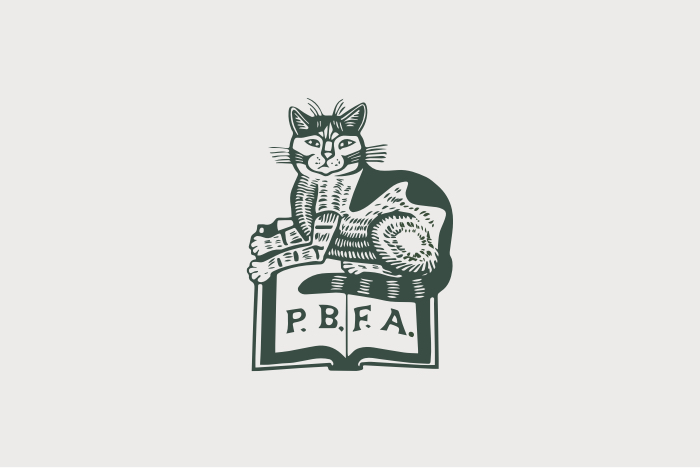 We are pleased to be able to supply a reputable list of PBFA book valuers some of whom specialise in Probate and Insurance valuations....

Specialist books and collectables insurance broker, T L Dallas, which supplies insurance policies that are approved by the Provincial Booksellers Fairs Association (PBFA), joins our blog this month, with its own story. 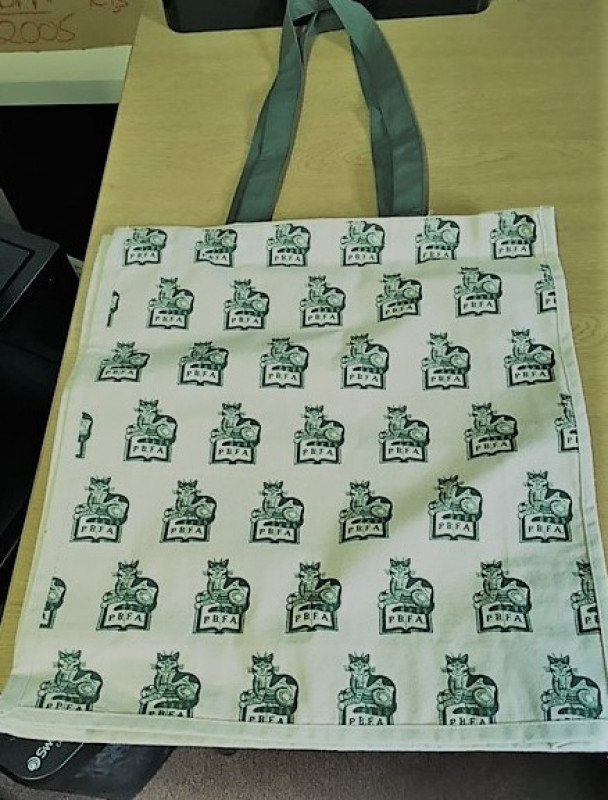 Our PBFA canvas bags are a lovely addition for any book lover. Great for carrying all those books that you purchase from our fairs....