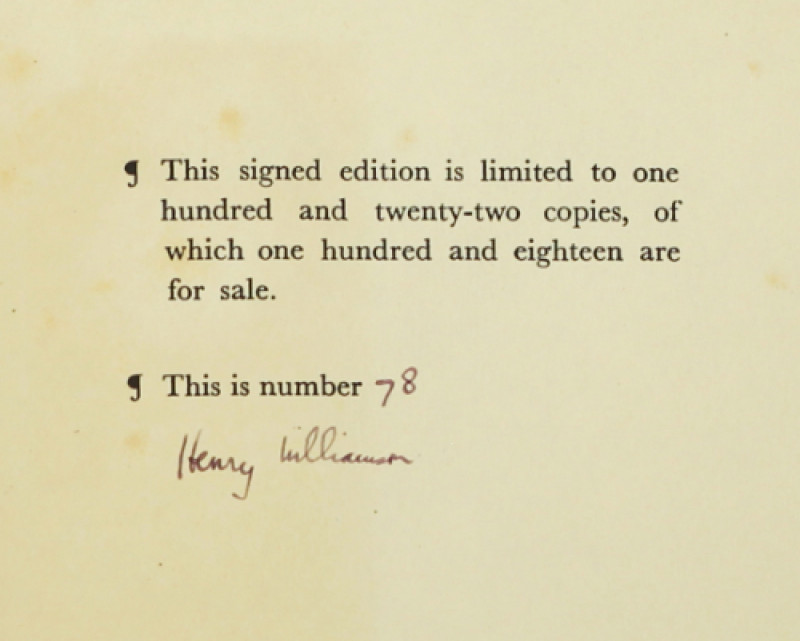 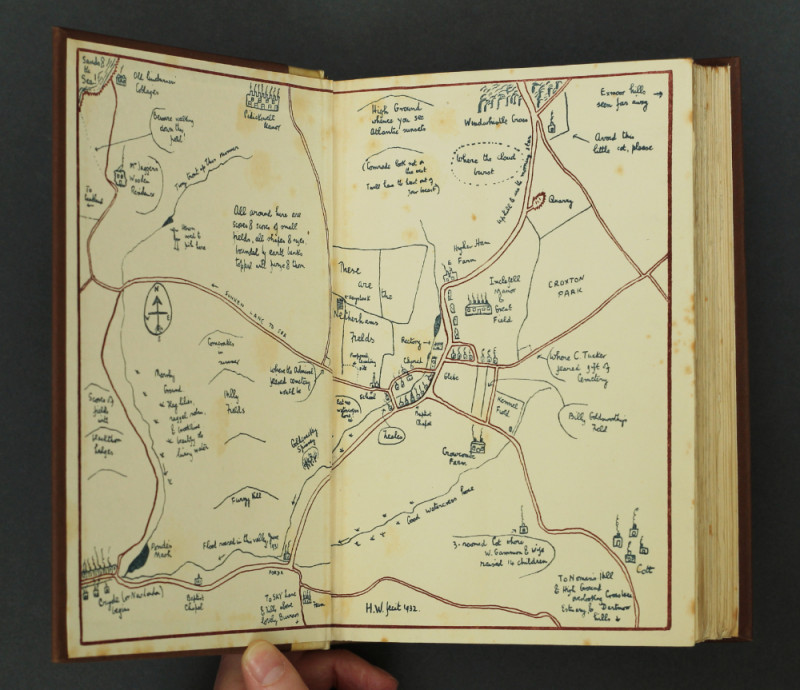 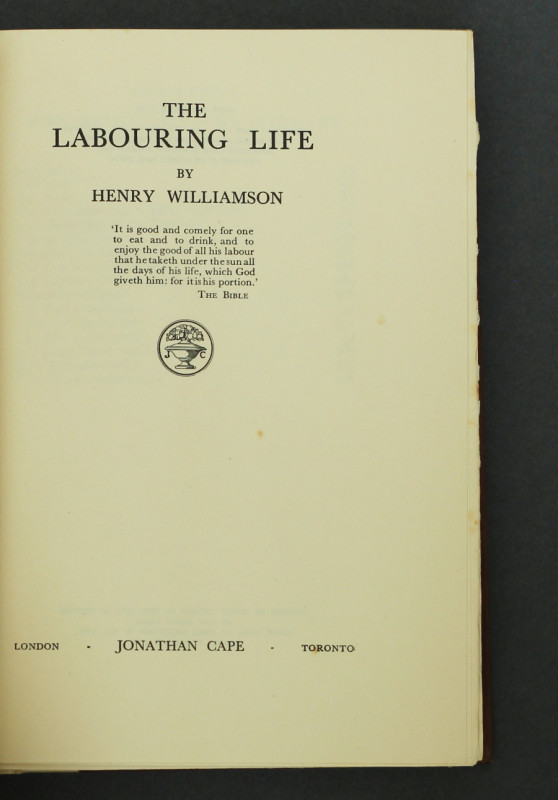 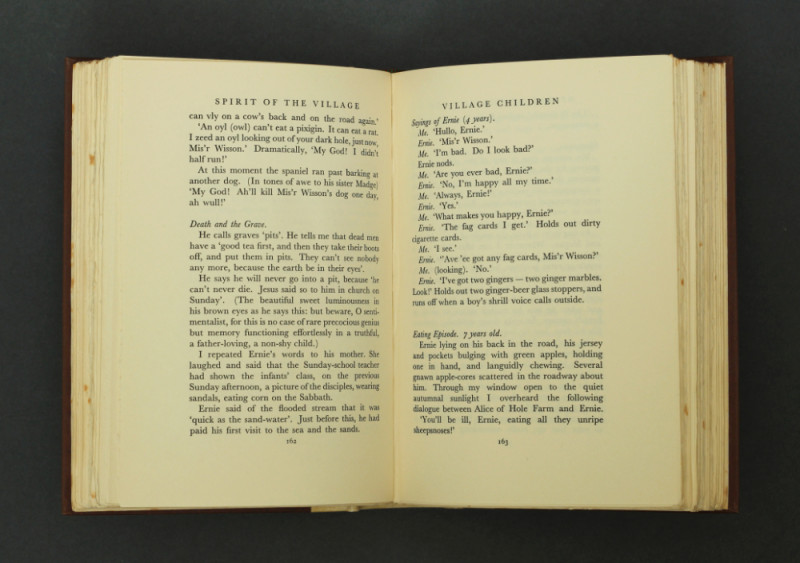 A BRIGHT COPY OF THE SIGNED LIMITED EDITION OF WILLIAMSON’S COLLECTION OF SHORT STORIES OF THE COUNTRYSIDE, WITH THE RARE CELLULOID DUSTWRAPPER

First edition, no. 78 of 122 copies signed by Williamson. A companion volume to The Village Book, this more mature collection of Williamson’s short stories is divided into two parts: ‘The Spirit of the Village: Summer and Autumn’, and ‘Air and Light of the Fields and the Sea: Summer and Autumn’. Williamson explains in his introductory ‘Note’ dated ‘Christmas, 1931’ that ‘The Labouring Life is not intended as a guide to farm-work; it is a collection of short stories and sketches which have bases in reality, or what seemed to have happened in one village and its neighbourhood as seen through the author’s eyes. Like its fellow, The Village Book, it is an imaginative work, created for two reasons: first, for the reader’s entertainment; second that the spirit and letter of village life in the decade following the Great War be contained for future students of English country life. [...] While writing the antecedent Village Book it seemed that property was the root of all evil; but since the writer has left the village of Ham, where most are small property-owners, there has been time for reflexion, whereafter it would appear that the problem is one of narrowness of interest. Newspapers, wireless, motorbuses, higher wages which mean better dwellings, better food and clothes (especially raincoats), all these are tending to remove, for the time being, the greatest enemy of mankind – fear’ (pp. 9-10). Whimsically, the frontispiece shows Williamson fishing, or, as the caption has it, ‘A Typical Day in the Author’s Life’.

The Labouring Life was generally very well received. The writer Helen Thomas wrote in Now and Then that ‘one of Mr. Williamson’s most striking qualities is the sense he gives us of the flow of life where trout and fly, fox and otter, yokel and artist, waster or saint are an essential part of the flood down which they are swept’; ‘at one moment we are charmed by the tender beauty of the writing, the next we are laughing aloud at the amusing situations and conversations of the village people’ – ‘[t]here is no other so-called “nature writer” with whom we can compare Mr. Williamson’ and ‘his appreciation of what is left of joy and fun and beauty’ (Now and Then, Summer 1932 (no. 42), p. 24). In 1945 most of the stories from both The Labouring Life and its predecessor The Village Book (1930) were published (in a new arrangement and revised form) by Faber and Faber Limited as Life in a Devon Village and Tales of a Devon Village respectively.

This signed, limited issue of the first edition appeared in the same year as the more common, cloth-bound trade issue, which was published by Jonathan Cape in an edition of 4,000 copies in May 1932. The limitation of 122 signed copies (of which, according to the limitation statement, 118 were for sale) was apparently determined by the number of subscribers, and this edition also contains a seven-page ‘Preface, or What You Will’ dated ‘25th February, 1932’, ‘in which Williamson addresses the issue of “truth” in the book with reference to an incident he had deleted from “Surview and Farewell”’ (Matthews). This preface was not included in the trade edition and the full text was only reprinted some sixty years later, when it was included in J. Gregory’s edition of Threnos for T.E. Lawrence and Other Writings (Longstanton, 1994).

Unusually, this copy retains the original celluloid dustwrapper with its paper flaps; due to the friable nature of celluloid, dustwrappers of this type from the early twentieth century rarely survive in such good condition. Although we have not been able to trace another copy of the limited edition with a slipcase, it seems possible that the contemporary green moiré cloth slipcase was issued by the publisher.