The Critic A Quarterly Review Of Criticism together with Politics And Letters. 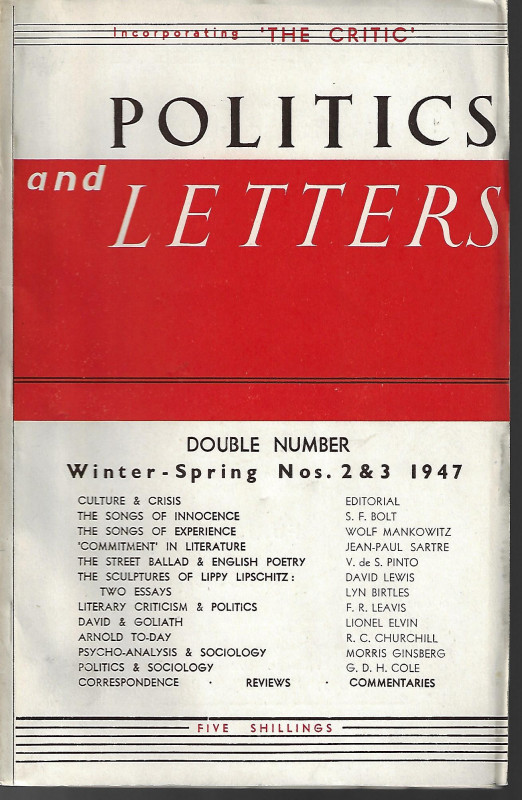 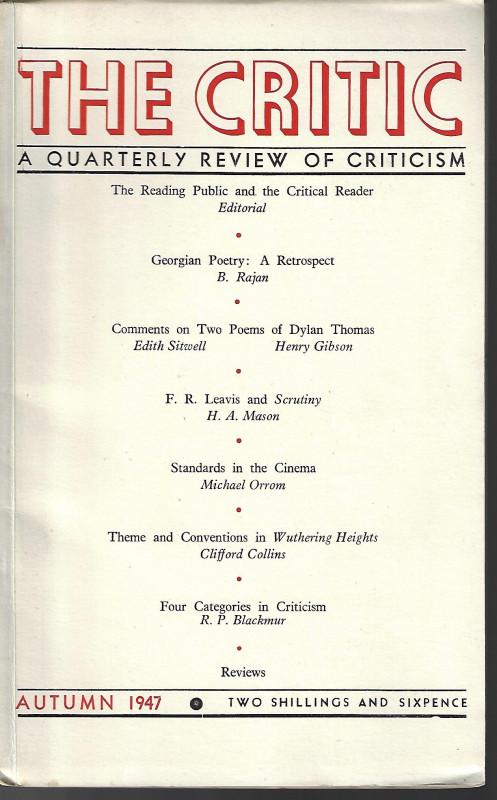 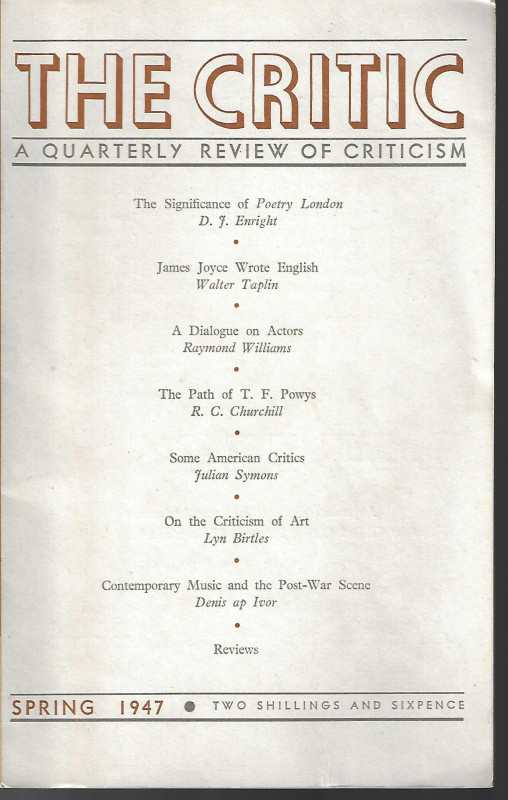 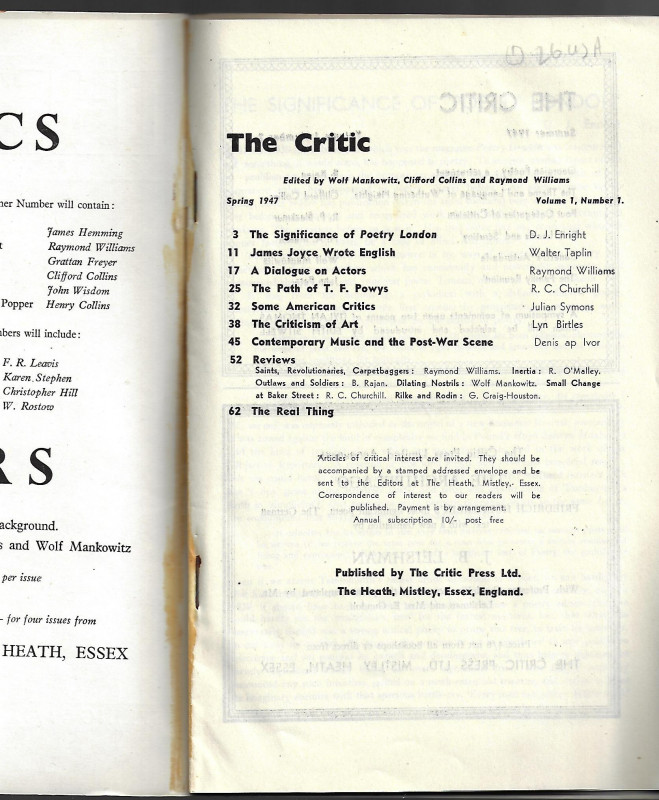 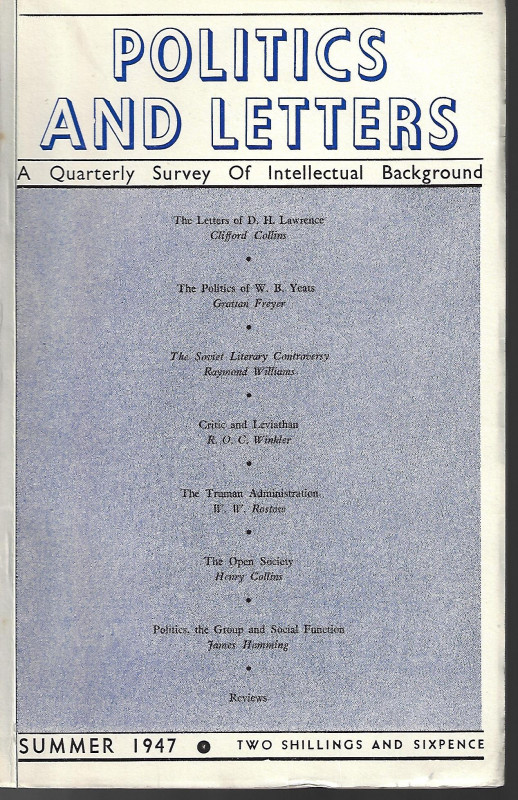 A set of 5 issues of this overlapping periodical. 'Announcement' in the Winter/Spring double number of 'Politics And Letters' states; 'Henceforward Politics and Letters will incorporate The Critic. This measure has been necessary because of difficulties of production and distribution ....'. Receipt from The Critic Press tipped in to first page of Politics and Letters, number1.
Author Mankowitz, Wolf; Collins, Clifford & Williams, Raymond (edited by)
Date 1947-1948
Binding Original card covers. 25x16cms.
Publisher The Critic Press, Mistley then London.
Condition Covers little soiled, scuffed and edge worn. Contents generally clean, some have staining along the spine from the glue used in the binding.
Pages 62 - 132pp 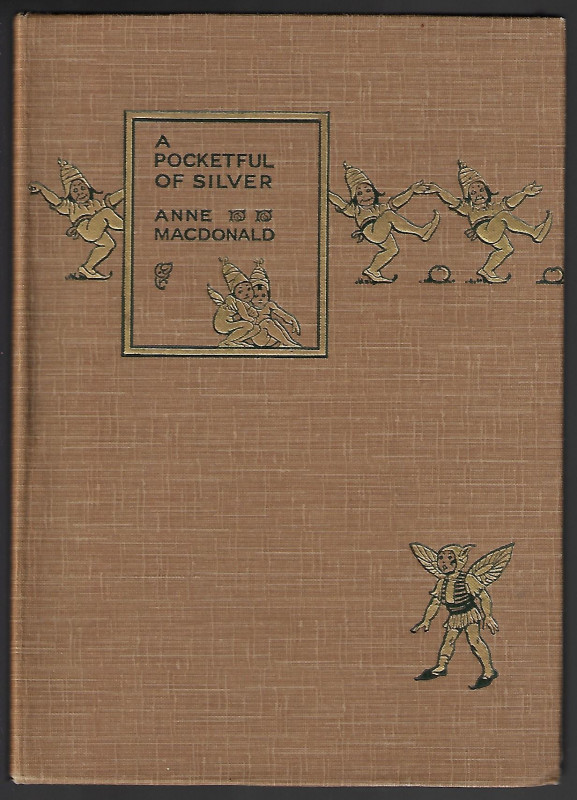 A Pocketful Of Silver 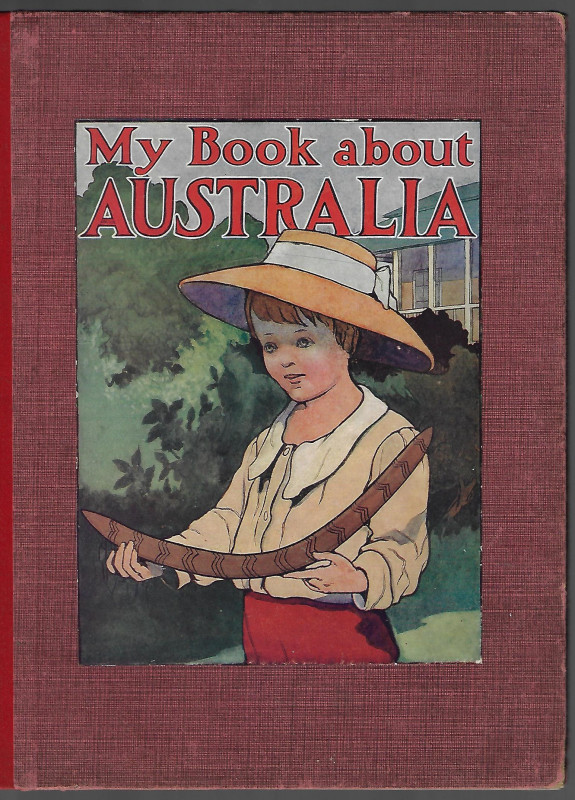 My Book About Australia 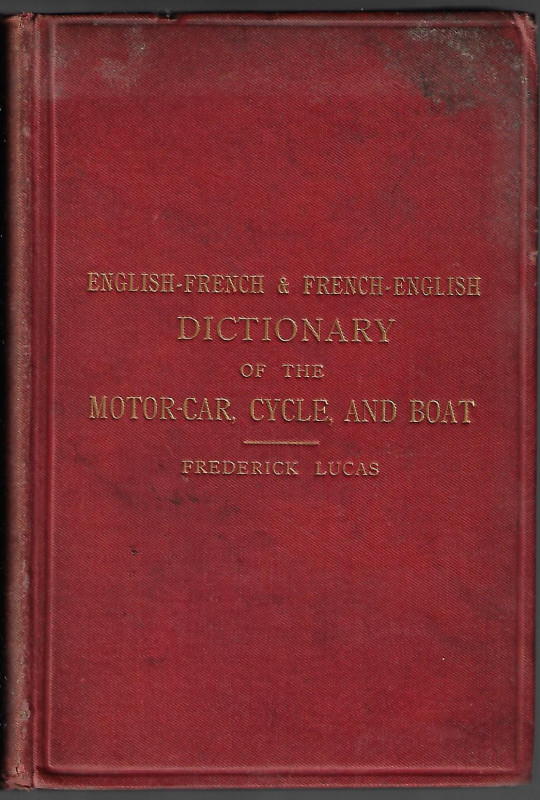 English-French And French-English Dictionary Of Th... 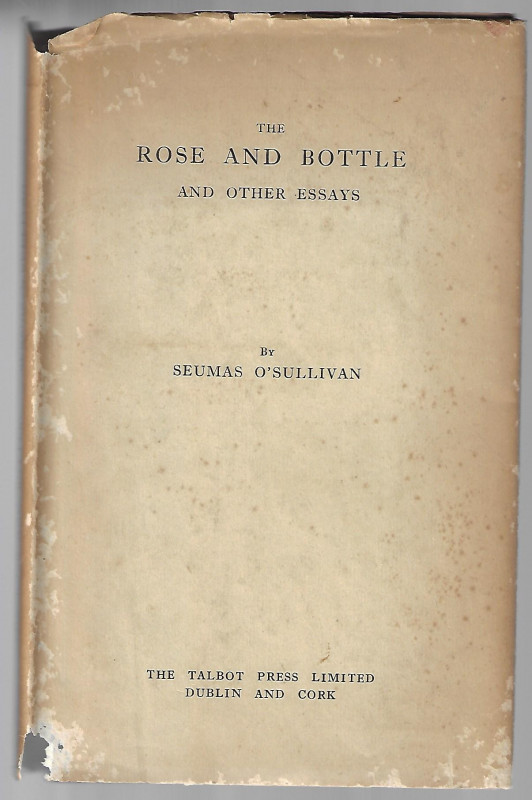 The Rose And Bottle And Other Essays 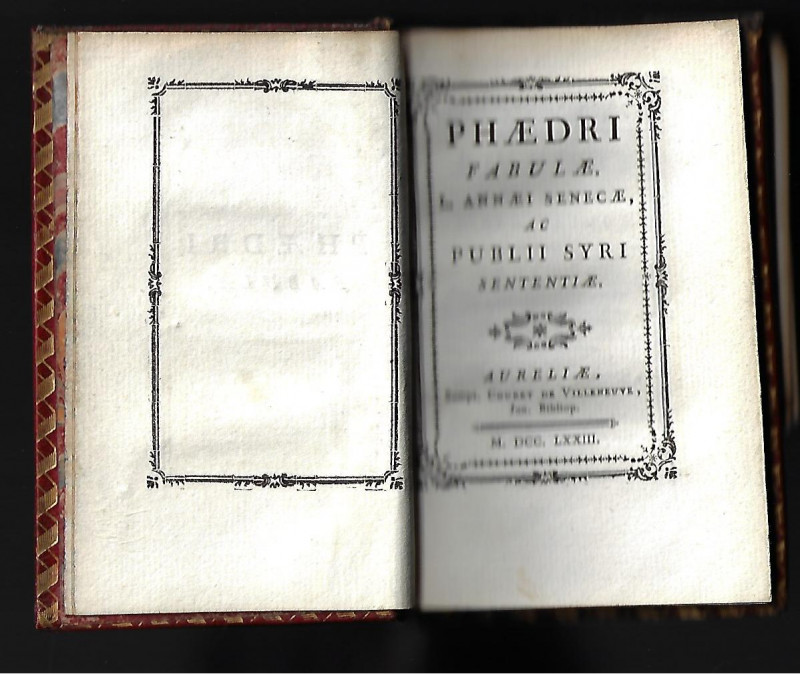 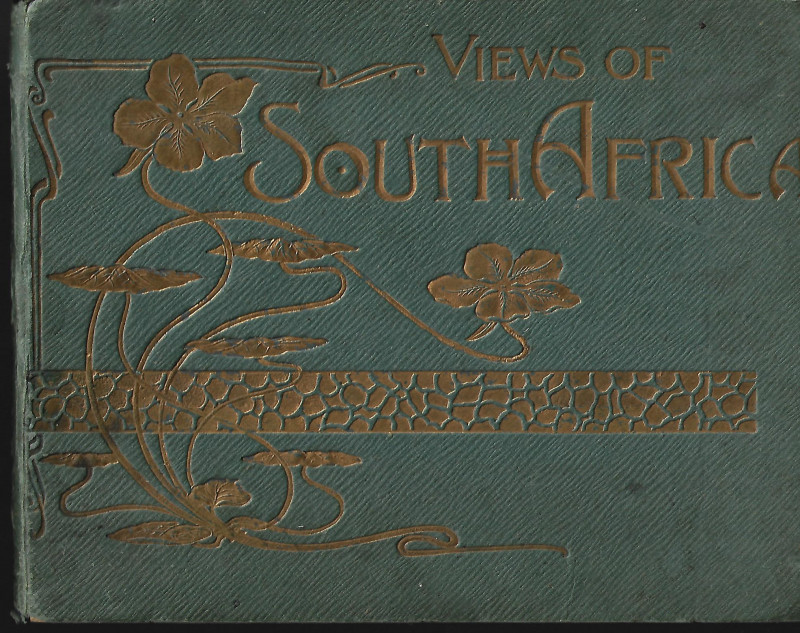 The Gamekeeper At Home Sketches Of Natural History... 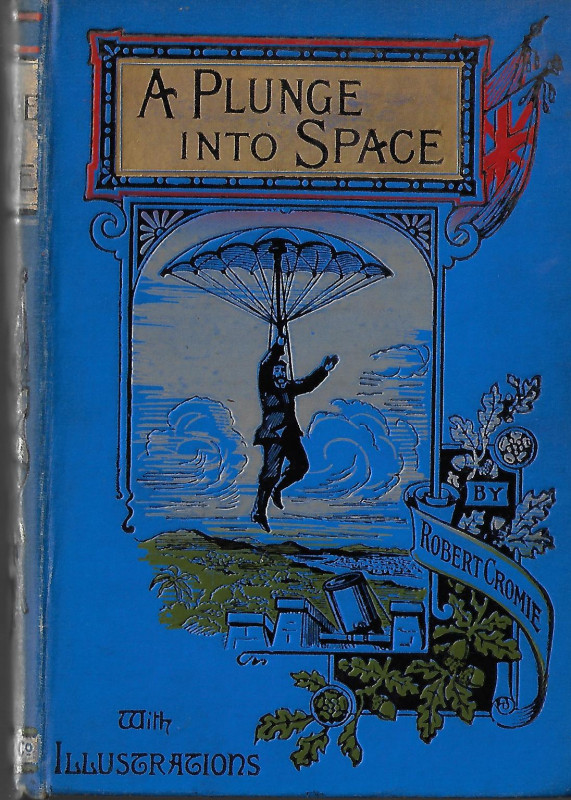 A Plunge Into Space. 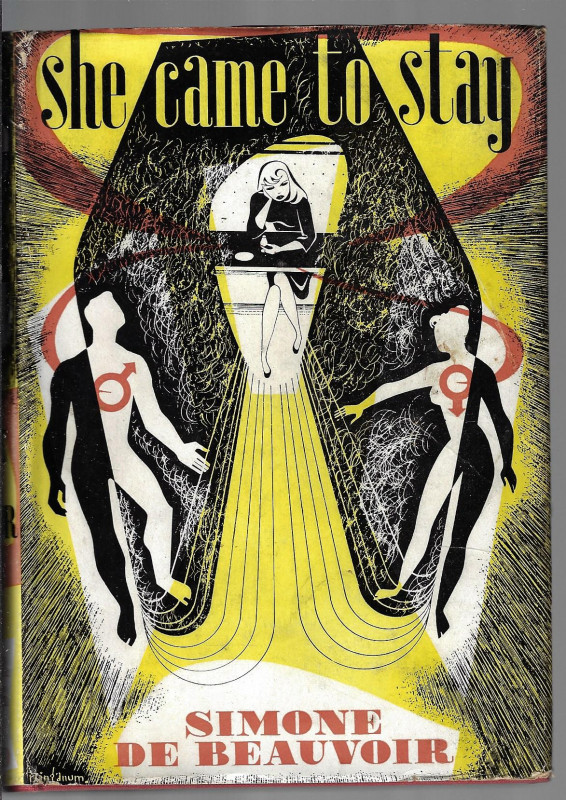 She Came To Stay