Regretfully, due to Covid-19, we have decided to cancel all fairs from May to August. Keep checking our website for updates.  Unfortunately, we have also had to cancel our York National Book Fair in September.  More details on our Facebook page.
OUR MAY ONLINE BOOK FAIR IS STILL RUNNING
Back 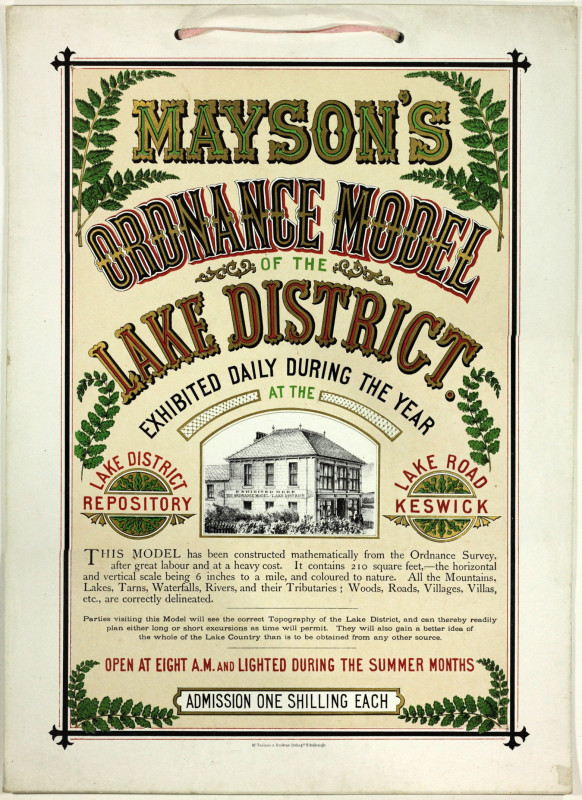 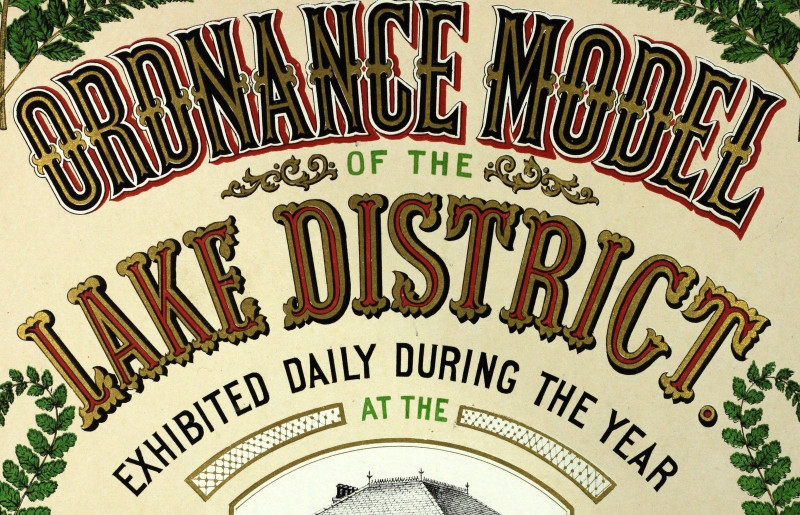 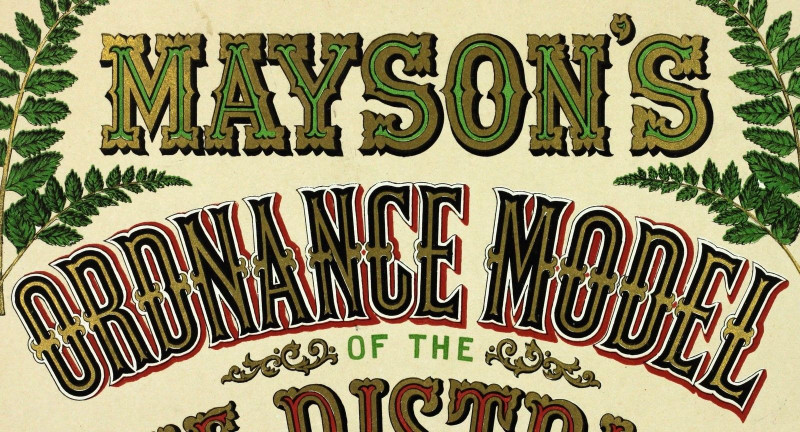 In the latter part of the 19th Century, Mayson's of lake Road Keswick, had a plaster model made of the lake district, this poster was the advertisement for that model.. According to the poster 'The Model has been constructed mathematically from the Ordnance Survey, after great labour and at a heavy cost. It contains 120 square feet, the horizontal and vertical scales being 6 inches to one mile and coloured to nature. All the Mountains, Lakes, Tarns, Waterfalls, Rivers, and their tributaries; Woods, Roads, Villages, Villas, etc are all correctly delineated.' 'Parties visiting the Model will see the correct topography of the Lake District, and can thereby readily plan either long or short excursions as time will permit. They will also gain a better idea of the whole of the Lake Country than is to be obtained from any other source. Open at 8am and lighted during the summer months admission one shilling each' This Poster was a printed advert for the model and is a scarce survivor in fine bright original condition undamaged by exposure to sunlight. Printed by McFarlane & Erskine Lithogrs Edinburgh - the lettering is highlighted in gold ink. The design shows style shows the Victorian 'Fern Craze' known as Pteridomania [a phrase that was coined by Charles Kingsley]. This Design and given some of the the other information we have re the model's construction dates the poster to be in late 1870's/1880's. A precursor to the later art nouveau style which tends to be asymmetrical, the ferns appear to be both inside (at the top) and outside (at the bottom) an imagined border giving a feeling of three dimensions. In the days following the original 'picturesque movement' tourists flocked to new destinations like Keswick to explore the beautiful scenery - before the increasingly common use of the ordnance survey maps by members of the public - (made much more popular by the new bicycle's), what better way to plan an excursion than to visualise it in three dimensions. This example printed on card retains its original pink cord (now faded) for hanging the poster. NB the image shown is a composite of several photos - the stepped outer printed border is not present on the actual poster.
Author McFarlane & Erskine Lithographers Edinburgh
Date 1875

L'ART DES SOIGNER LES PIEDS [The art of caring for... 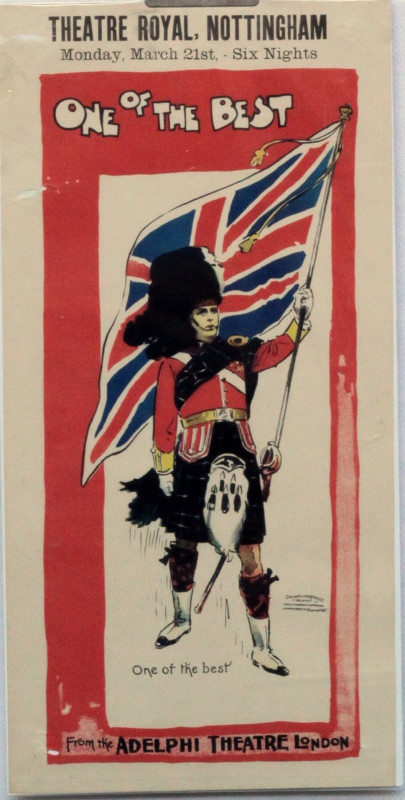 One Of The Best - 3 posters for the same productio... 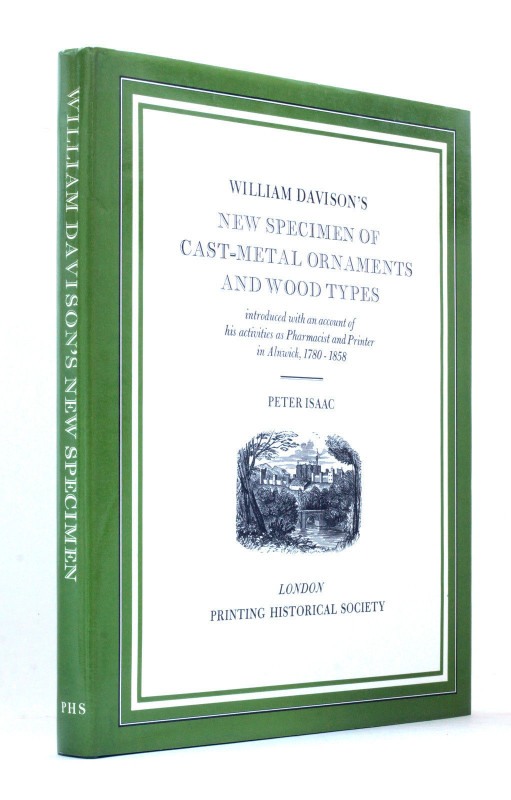 Mines and Mining in the (English) Lake District 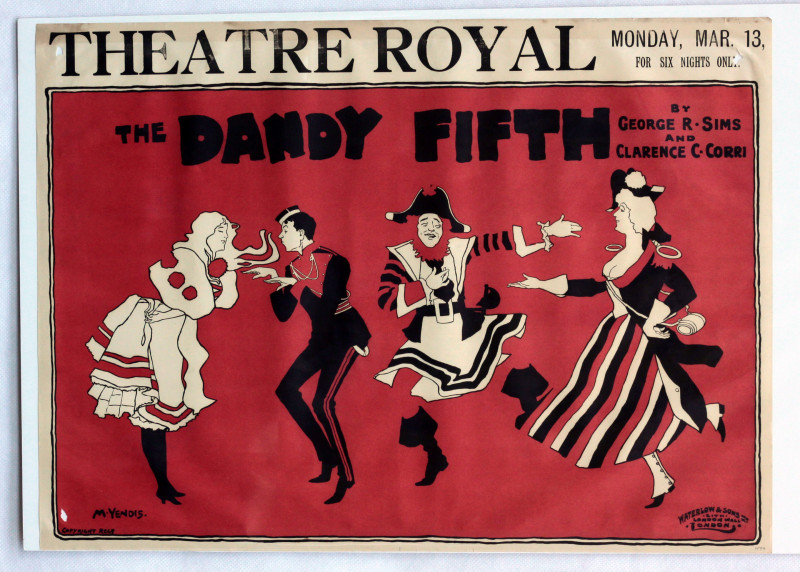 The Dandy Fifth - a poster for a production at the... 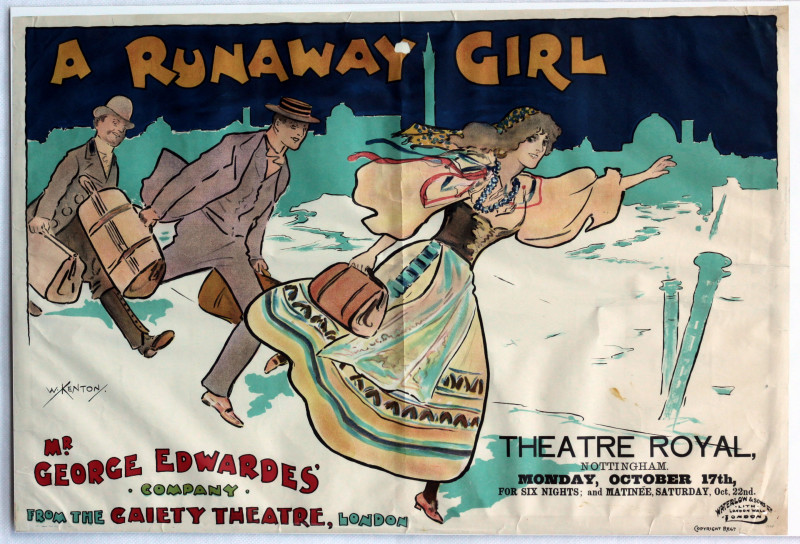 A Runaway Girl - poster from a production at the T...

A Dictionary of the English Language - in which Th...