Visitor's London. An alphabetical reference book for the visitor to London who wishes also to see something of London’s countryside. 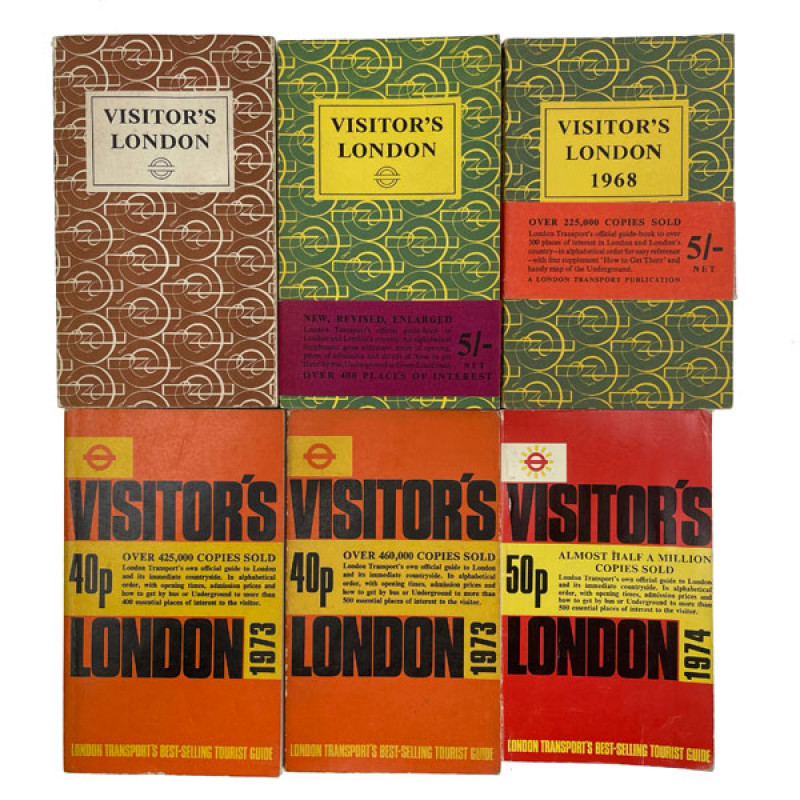 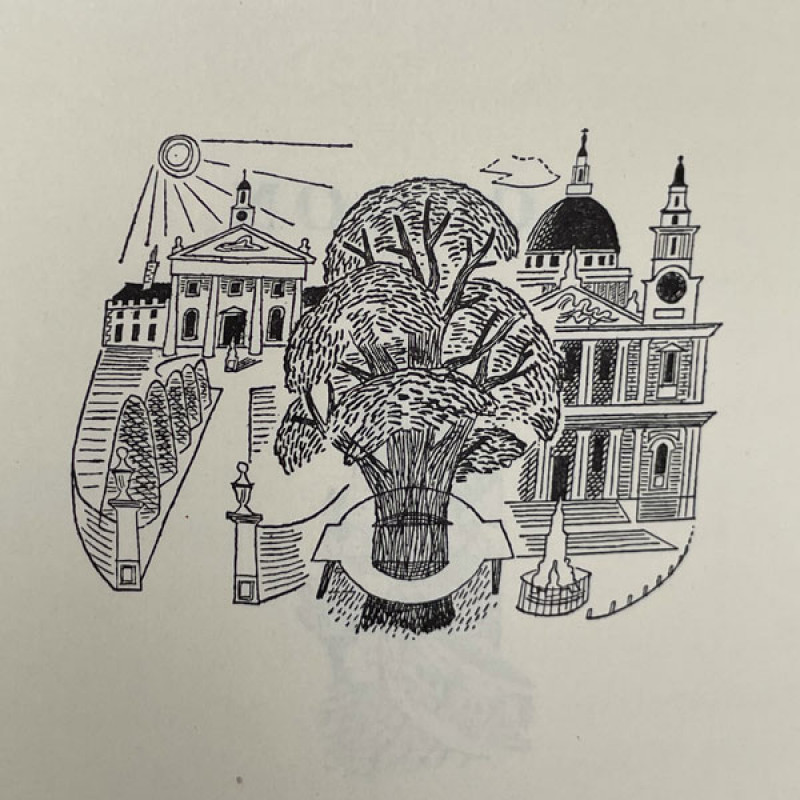 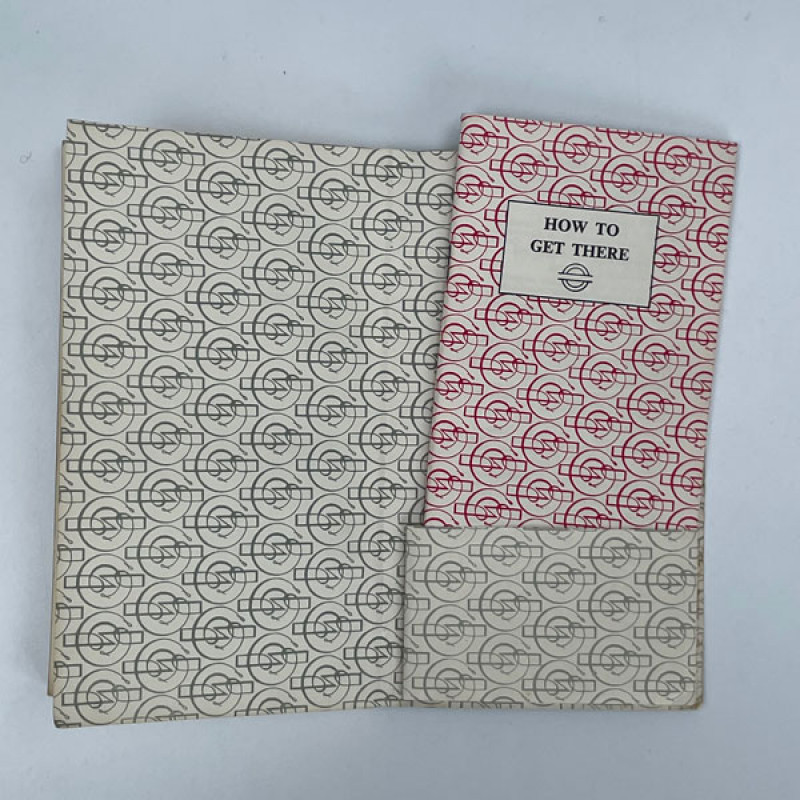 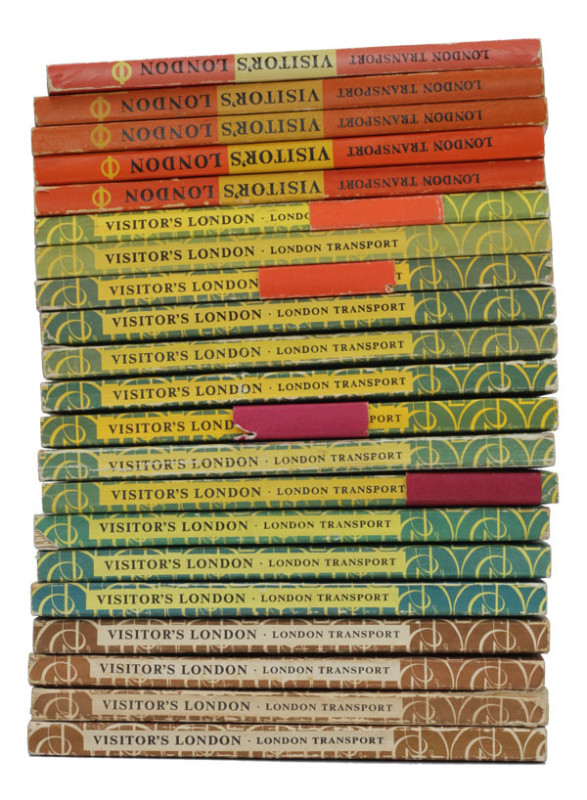 12mo. 21 volumes. A run. Paperback originals. Illustrations in the text by Gareth Adamson; Edward Bawden; William Fenton; MacDonald Gill; Eric Ravilious; Peter Roberson; Bruce Roberts; Ray Tooby; R. Wilkinson and Althea Willoughby. Each guide from 1954 to 1967 has its ‘How to Get There’ guide tucked into the back pocket. A couple of volumes have a promotional ‘belly band’. Most covers are a bit rubbed, with some short splits to the paper on the spine or creases to the corners, but they are sound with no loose pages and are generally very good +.

The first twenty editions of this tourist guide to Britain’s capital. By 1974, the book was promoting itself on the cover as ‘London Transport’s own official guide to London and its immediate countryside. In alphabetical order, with opening times, admission prices and how to get by bus or Underground to more than 500 essential places of interest to the visitor’ with ‘almost half a million copies sold’. At first, there was a separate guide, ‘How to Get There’ inserted in a pocket at the back of the volume but, in 1968, this was incorporated as the last section of the book itself. The illustrations by Bawden and Ravilious were dropped from the 1970 edition onwards. Two copies of the guide for 1973 are included. One cover states that 425,000 copies have sold and the other quotes 460,000. The former claims to list 400 essential places and the latter 500. The alphabetical text is the same, so some creative thinking has been involved. The ‘How to Get There’ guide is different however. A consecutive run that will enable the careful reader to make comparisons with the changing texts and information provided. Northolt Airport had an entry on the first page of the 1954 guide, for instance, but had already disappeared by the second edition in 1955.
Author Hutchison, Harold F. ( Edward Bawden & Eric Ravilious illustrations)
Date 1954-74
Publisher London, London Transport 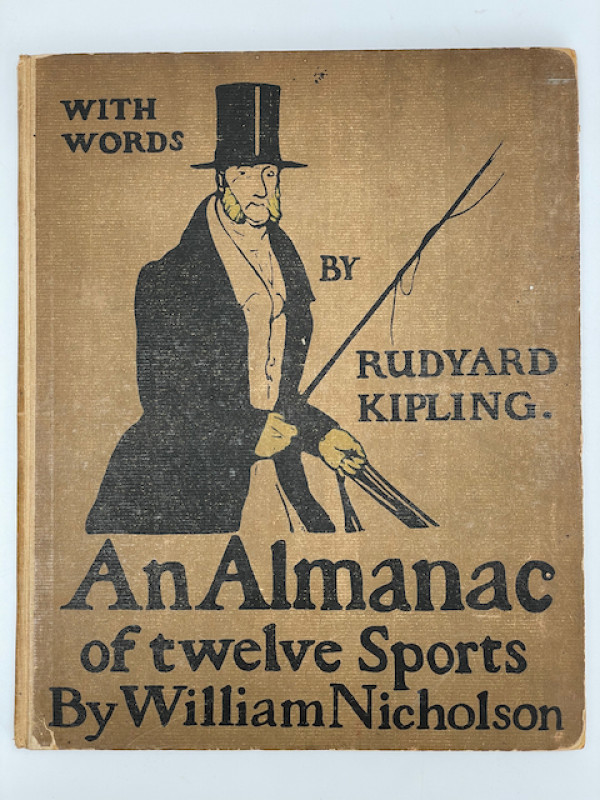 An Almanac of twelve Sports. by William Nicholson.... 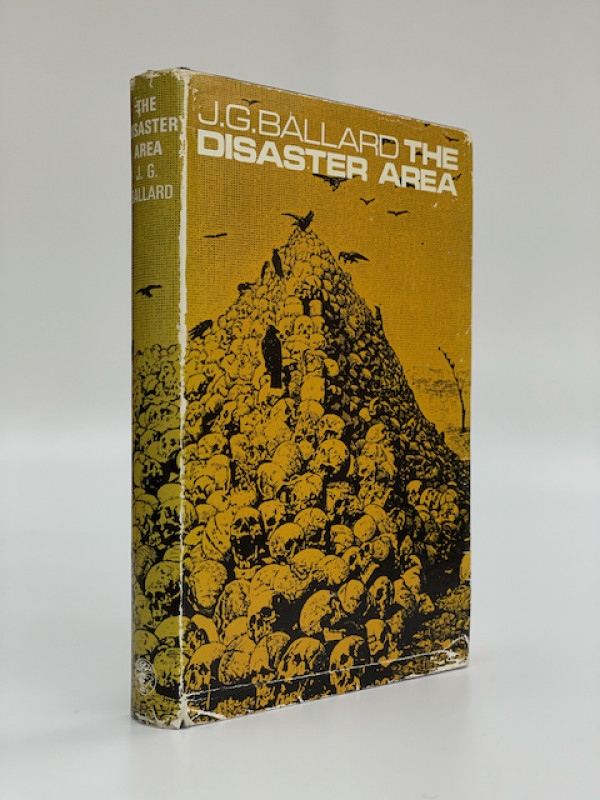 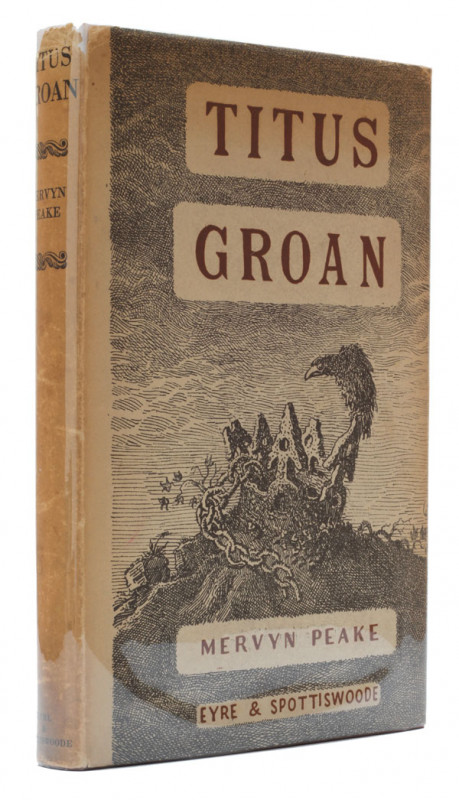 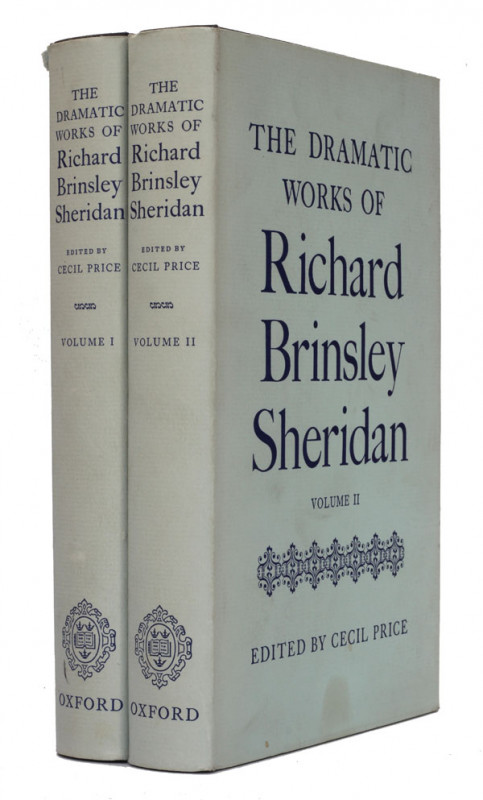 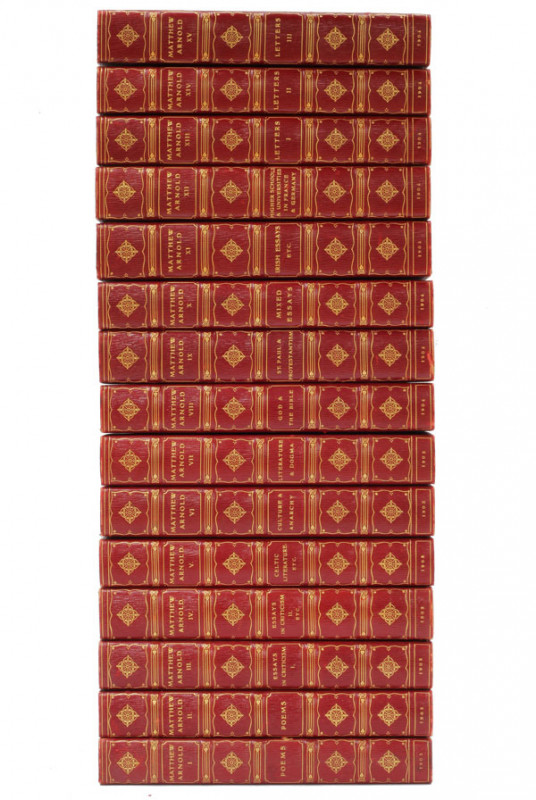 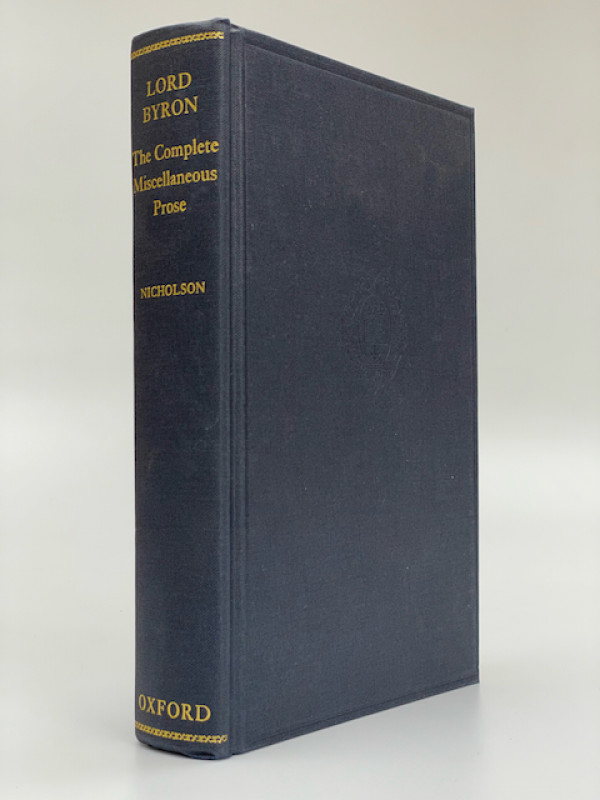