Photograph album with many images of Rushmoor Hospital, Salisbury, Wiltshire in WW1

The Rushmore Estate in Wiltshire was inherited by Augustus Henry Lane Fox [1827-1900] in 1880 from a cousin, Horace Pitt-Rivers. As part of the terms of the inheritance he was required to change his name to Pitt Rivers. After his death in 1900 the Pitt Rivers family continued to live at Rushmore until 1927. A family album, which I think may have connections to someone, perhaps living in a cottage on the Rushmore Estate which became an auxiliary hospital, 'Tollard Royal' during WW1. Amongst the 200 + images many are of the patients and staff at the hospital including Sir George Lane Fox Pitt Rivers and his wife, who appears to have been Matron of the hospital with the staff. There is also an image of his son George in uniform, who was wounded at Ypres and invalided home. George was later interned in WW2 as a Nazi sympathiser. There are images, too of Belgian patients at the hospital, theatricals etc. I am not sure who formed the album but the photographs are all annotated and names mentioned and I am sure that the diligent historian would establish the provenance, quite possibly a nurse. captioned photographs of people at 'The Cottage' suggest that they may be tenants or servants of the Pitt Rivers family living on the estate. There are photographs too of the Manor House, Hinton, Dorset which was also in the Pitt Rivers family. Towards the end are some photos from Fort Augustus one or two annotated with the name Thynne, I think 'Ion Thynne' friend of MR James, and mentioned in Douglas Ainslie's book 'Adventures Social and Literary' [1922] where he is mentioned as passing his time at Fort Augustus with the monks or at 'Rushmore with his brother, Alec'. One photograph is captioned 'Bell ringers at Michael Pitt Rivers christening' dating it to 1917. There are some 50 plus pages [i.e. 25+ leaves] and some 200 + photographs The photographs are in good condition, pasted onto the album pages, the front cover of the album and first couple of leaves and a couple more leaves are detached, with wear to the covers/spine else generally good condition internally.
Author Anon
Date 1917
Binding hard binding
Illustrator n/a
Condition Good
Pages 50 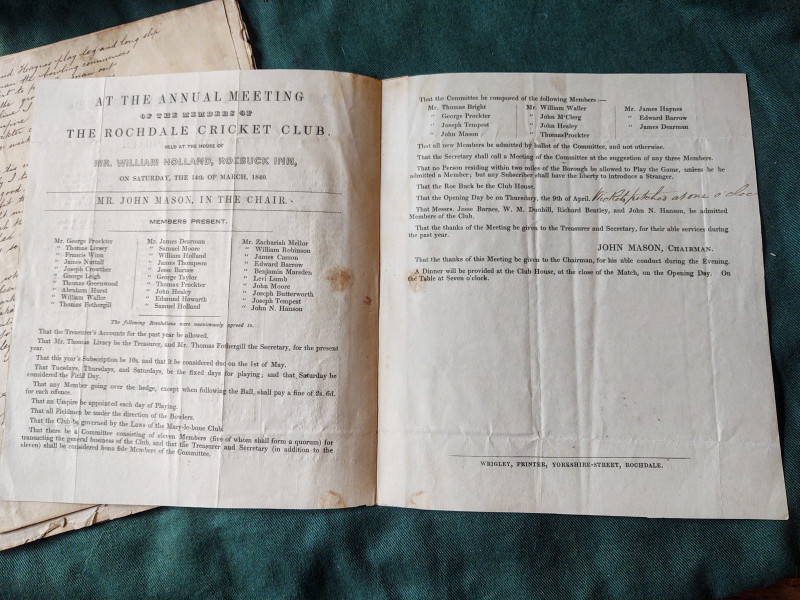