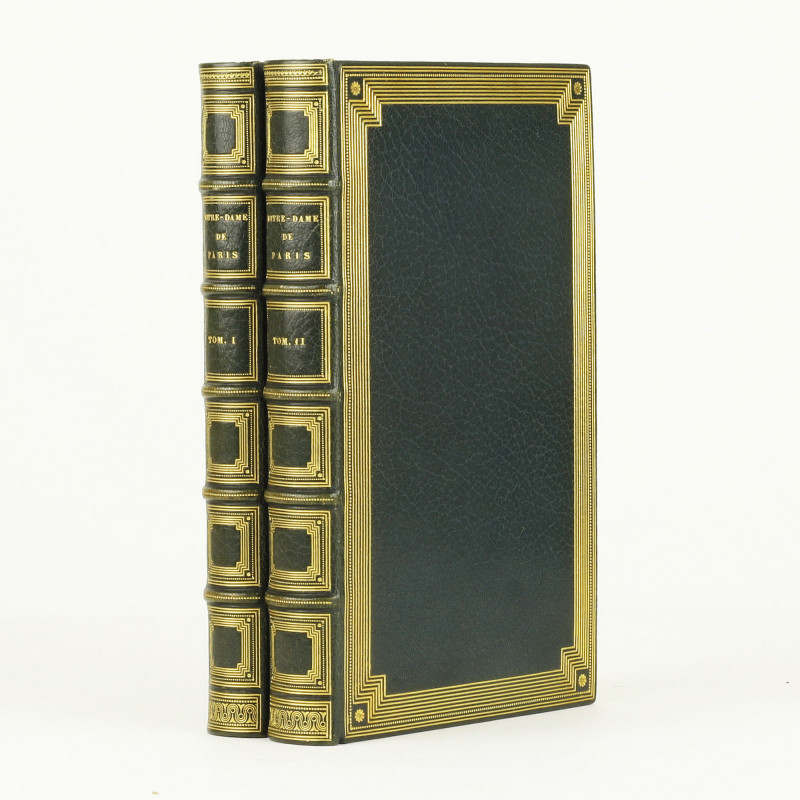 First edition, first issue with no subsequent edition statement on the title page. Two volumes, exquisitely bound by Cuzin in nineteenth century full green morocco with raised bands to the spine and geometric border design to covers and spine compartments. Titled in gilt, with gilt dentelles and edges and marbled endpapers. 212mm x 130mm (page size). Engraved title pages to both volumes, complete with half titles. A fine, tall set, barely trimmed with many leaves uncut, all beautifully clean with no chips or tears. Two inconspicuous book-labels to the front blank. The binding has been retained in sparklingly fine condition. A superb example of this rarity of Gothic literature in a fine Parisian binding.

The author’s first full length novel, that is now one of the key works of nineteenth century literature, and upon which much of the author’s reputation rests. The first edition was published in an edition of 1100 copies which was subdivided into four issues with a different edition statement on the title page. Thus there are only 275 copies of the first issue. The book has subsequently been published in English under the title, “The Hunchback of Notre Dame”.
Francisque Cuzin (1836-1890) was regarded as the finest bookbinder in the world at the time.
"If you want a volume bound in the highest style of art the man to go to is M. Cuzin of the Rue Séguier... who took early to bookbinding, and is now at the head of the handicraft in Paris, and perhaps the world." - The Pall Mall Gazette (December 1886).
"This first edition, in fine condition, is the rarest of all the works of Victor Hugo; it has had a resounding impact worldwide, and is one of the most difficult titles of the Romantic period to obtain" (Translated from Carteret - Le Trésor du Bibliophile Romantique et Moderne) 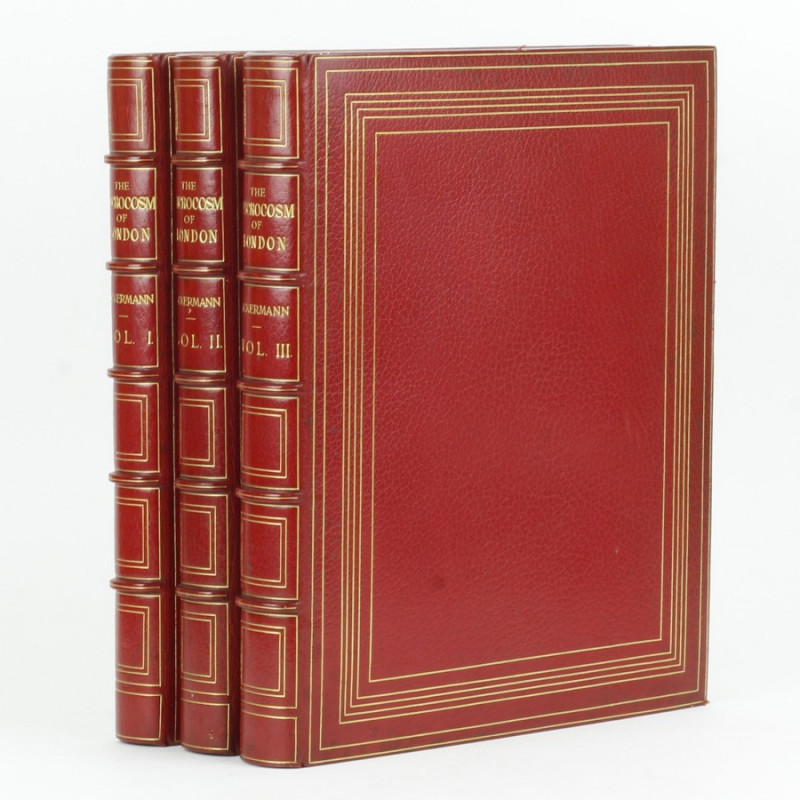 The Microcosm of London Or, London in Miniature 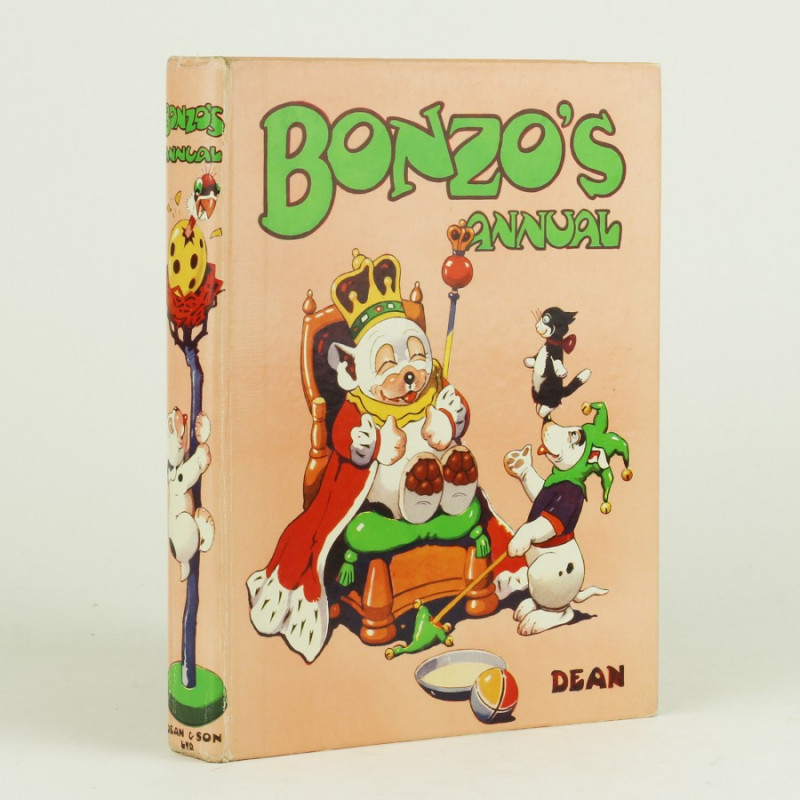 AN ORIGINAL WATERCOLOUR: 'Dozing on the branches' 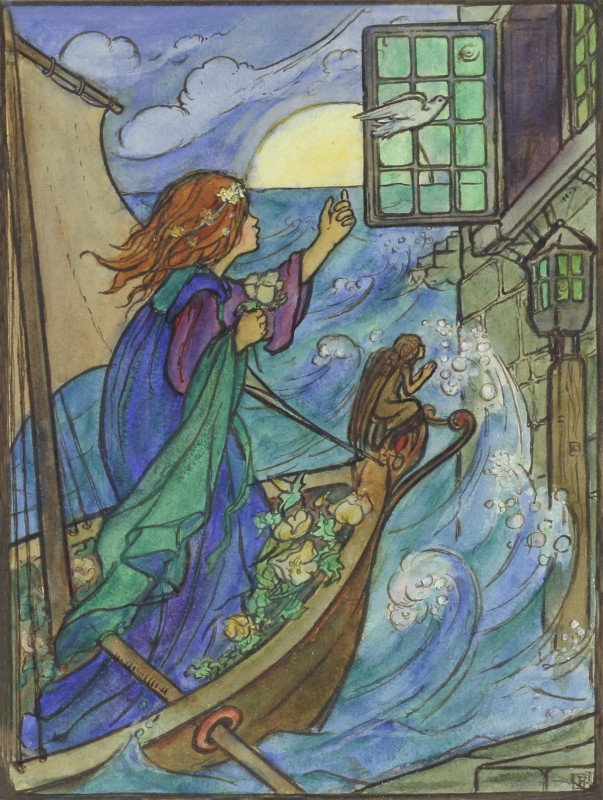 ORIGINAL WATERCOLOUR FOR IN THE FAIRY RING 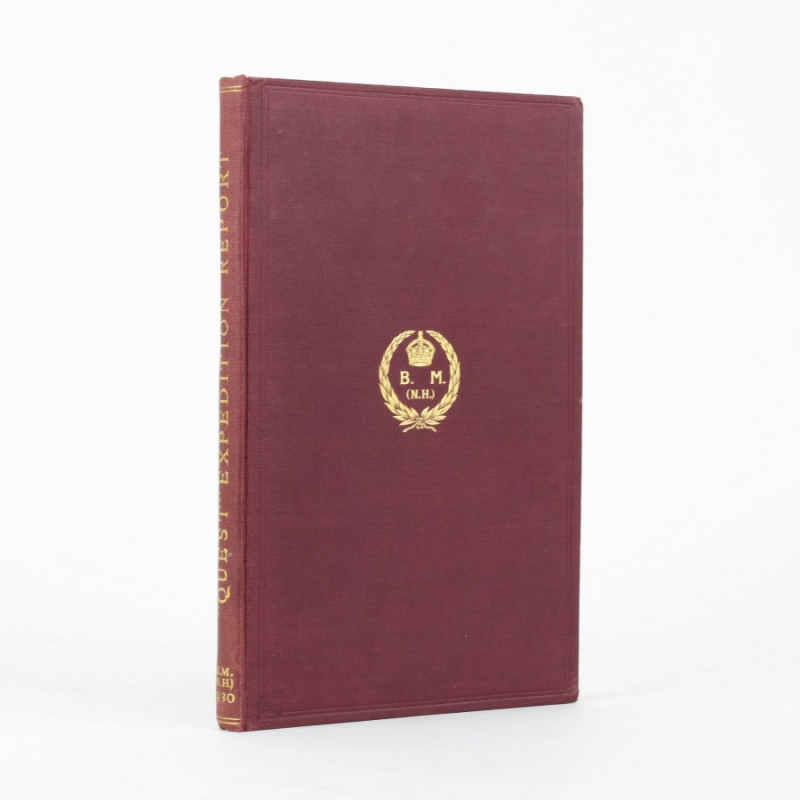 Report on the Geological Collections Made During t...

Printed By Order Of The Trustees Of The British Museum