Suppliers of arms to the Confederate forces and to the Russian army. 1856.

Suppliers of arms to the Confederate forces and to the Russian army ALBION FOUNDRY & WORKS, Leeds. A detailed account book recording petty cash payments between May 1856 and October 1866. 375 pages written in an original Patent Ledger and Account Book purchased from J. Y. Knight & Co, of 39, Buggate Leeds, with their label on the inner front cover. The full russia binding is rather rubbed and has some surface scrapes, but is in sound condition, and internally clean. 197mm x 130mm. 1856-1866 The accounts cover their first ten years and give a detailed insight into the business and trading patterns. Letters are sent to St Petersburg, they issue Swiss and Russian Circulars, machinery arrives from Antwerp, telegraphs sent, candles, bellows, tracing cloth, brown paper, railway carriage, Bradshaw’s Foreign Guide, Pickles’ and O’Gormans’ Calculators, travelling expences, charitable donations, cleaning of Albion Foundry Offices, making a screen for photographic equipment (1860), are all recorded. The firm also record transactions with Titus Salt of Saltaire in 1858: 9th July Mr Salt signing declaration, and August 5 carriage of parcel for Mr Salt. In 1856 Greenwood and Batley, a large engineering manufacturer took over the Albion Foundry from T.W. Lord formerly Lord and Brooke. It was located on East Street by the River Aire (Aire and Calder Navigation), however this quickly became too small for their needs, and in 1859 they constructed the Albion Works, in Armley Road, Leeds, employing 270 men and 112 boys by 1861. Their products included armaments, electrical engineering and printing, and their locomotives were known as 'Greenbat'. Arms, and the machines to make them, would be a lucrative line of business for Greenwood & Batley, however this line of work is not without its problems, particularly if you supply to the wrong side. In the American Civil War Greenwood & Batley had been supplying arms to the Confederates. “It appears that in this case certain goods were manufactured by the plaintiffs, Thos. Greenwood and John Batley, carrying on business under the name or style of Greenwood and Batley, of Leeds for the Confederate States of America, at a time when they were recognised by this country as belligerents.” They also supplied armaments to the Russian army.
Author ALBION FOUNDRY & WORKS, Leeds.
Date 1856

A Familiar Epistle to the most Impudent Man Living... 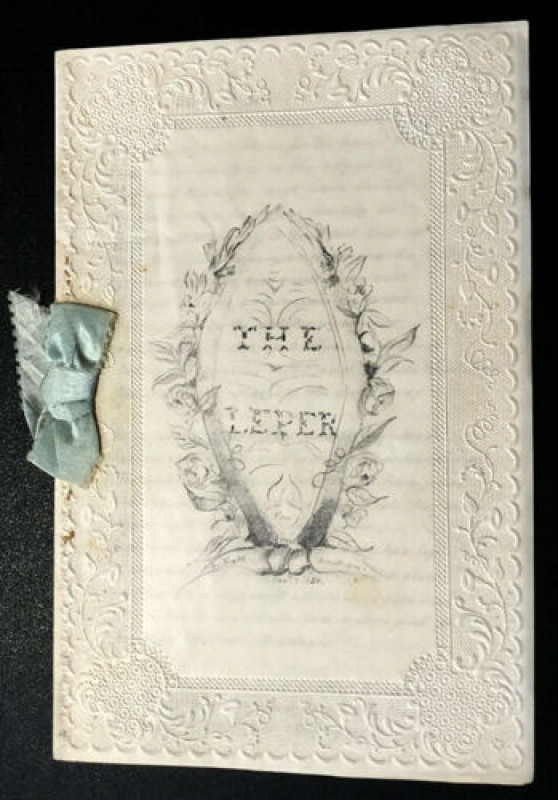 A charming manuscript transcription of this Americ...

INK ON THE ELBOW. Conversations between David Ess...

Unique binding with letter from the binder.

The Cambian. An Occasional Review of the Camberwel...